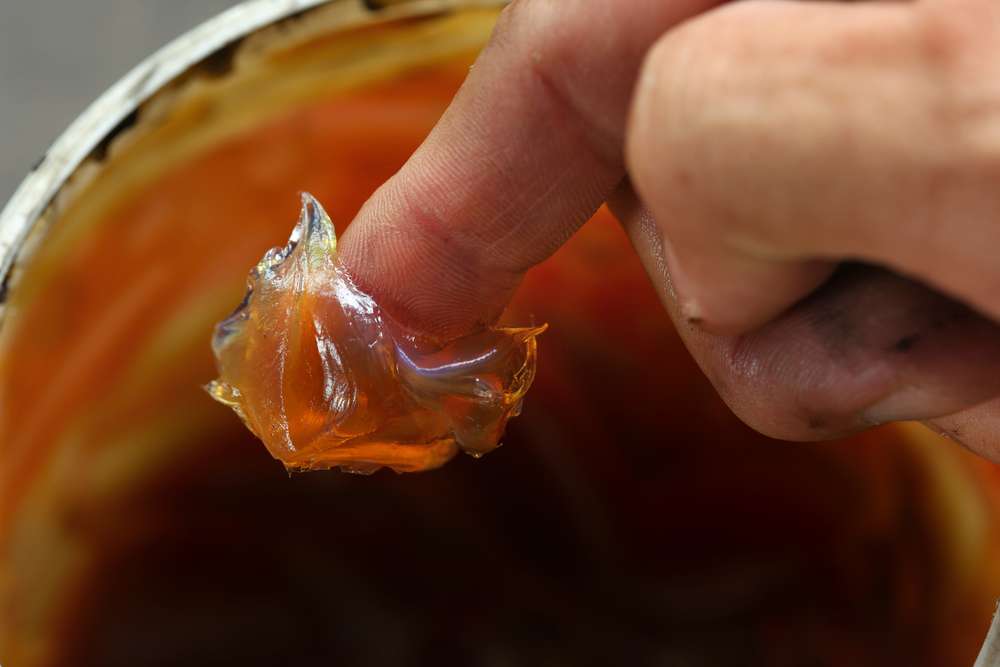 Inside: You may have wondered if grease is flammable when cooking. Let’s dig in and discover more!

Grease in a kitchen environment can not only be an eyesore, but also a potential fire hazard, which is why it’s important to always clean your surfaces thoroughly and ensure there is no build-up of grease in your cooking area.

However, there are different types of grease out there and not just the ones you’ll find in a culinary environment. There is also multi-purpose grease that can be used for automotive and industrial applications.

You may want to prevent the possibility of a fire in your workplace or home by keeping the working temperature as low as possible, but one question begs to differ, is grease flammable?

We’ll be answering this burning question and more within this article.

What Exactly Is Grease?

There are two types of grease as we briefly discussed in the introduction – one type is made up of either a mineral or synthetic material which is primarily used as a lubricant in automotive or industrial environments and often contains other ingredients that can make it more or less flammable.

The other type of grease is the one that is produced from cooking fatty foods such as bacon or butter and can be more prominent when cooled down and thickened on cooking pans.

Synthetic or mineral grease is not considered to be flammable as it rarely has a flashpoint under 100°F which is the benchmark for material or substance to be considered flammable.

However, synthetic greases can contain additional ingredients like alcohol which will make them flammable, so it’s important to read the labels on the products that you do buy.

However, typically synthetic grease will only be flammable when there is an open flame nearby that will cause it to ignite.

Cooking grease is combustible and will burn when above working temperatures, however, it is not strictly considered to be flammable.

Although cooking grease does burn at temperatures that are higher than what is needed to be considered flammable and their flash points are easily achievable with the cooking temperatures necessary in a kitchen.

The flashpoint of cooking grease can be as low as 400°F, which means this temperature will need to be achieved for the grease to ignite.

So whilst grease does not have a flashpoint of under 100°F which is what is required for something to be flammable, it is highly combustible and can become flammable once the right conditions have been achieved, which is easily done in a kitchen.

How Do You Extinguish A Grease Fire?

Sometimes grease fires can easily happen by accident, especially within a commercial kitchen environment where chefs are required to multitask and cook numerous things at once.

A grease fire is not the same as other fires, so you cannot follow the same procedure that you would’ve elsewhere.

A cooking grease fire is considered a class B fire and should be put out using a Class K fire extinguisher. 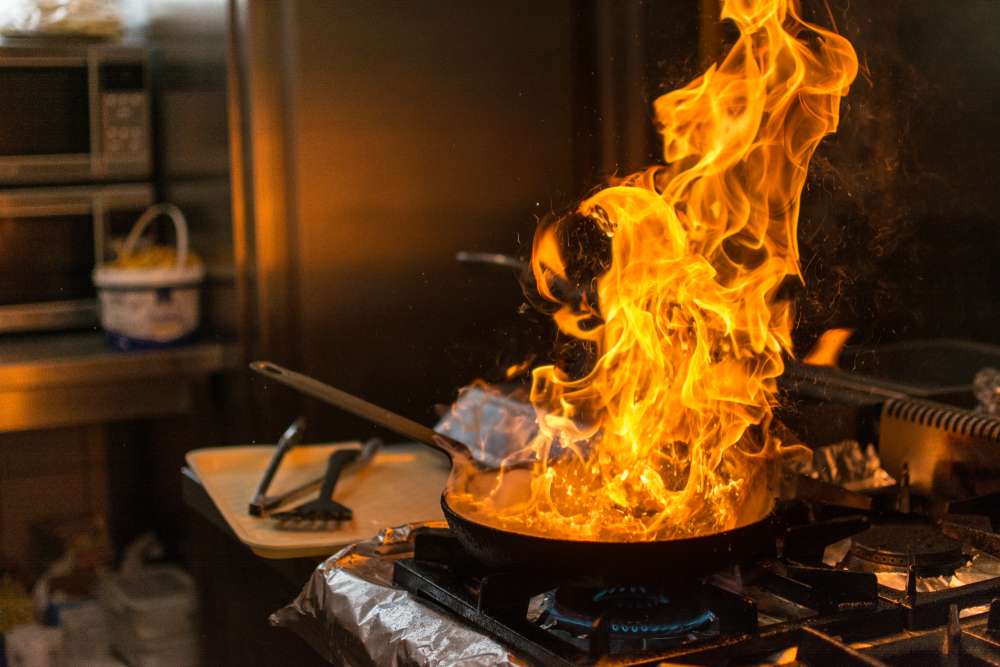 Tackling A Kitchen Grease Fire Yourself

If none of these steps works or the fire does not seem to be lessening, then get out of there ASAP and call 911.

How To Prevent Grease Fires