Super glue is the go-to tool for almost all do-it-yourself fixes, the one thing that everybody should have in their home because you will need it at some point or another.

Whether it’s to put something into place, fix a door frame, put a figurine that you broke back together, or even sticking the sole of your shoe back on so that it lasts a little longer, super glue can be the answer.

But if you’re going to be using super glue regularly, you should be aware of the safety basics and should know things such as whether it is flammable or not.

So…is super glue flammable? It turns out that the answer is yes, super glue is very flammable!

In fact, not only is super glue flammable in its liquid state, but it also emits fumes (from the chemicals used in it) that are just as flammable, making the use of super glue quite dangerous if you’re not careful enough!

Even more shocking, putting super glue on certain materials can cause them to ignite!

For example, a few drops of super glue on a piece of cotton could cause it to catch fire. This is because when super glue is drying up and settling, it creates heat through an exothermic reaction.

So yes. Super glue is 100% flammable, and you should be very careful when using it!

What Exactly Is Super Glue?

To understand how super glue is so flammable, it might be useful to know exactly what it is, and what it is made out of.

Essentially, super glue is a very strong and quick-setting adhesive, which is based on cyanoacrylates, and similar polymers.

Cyanoacrylates are actually a family of strong and fast-acting adhesives, with all sorts of uses. They derive from ethyl cyanoacrylate, and they work by rapidly polymerizing in the presence of water, forming long and strong chains.

Super glue is a specific type of cyanoacrylate, which includes methyl 2-cyanoacrylate (MCA). And apart from being highly flammable, it also has some toxicity.

So, the fumes of super glue are somewhat toxic, which is why super glue should always be used in a well-ventilated area, and should not be inhaled.

And also, super glue can be very irritating and damaging on the skin, not to mention that if you accidentally super glue yourself you’re definitely going to the hospital and probably ending up with some skin torn off.

But on top of this, the cyanoacrylate that super glue is made out of can cause an exothermic reaction on certain materials such as cotton.

So not only is it highly flammable, but it can also be the cause for a material catching fire, because it releases heat while drying, and therefore sets itself on fire.

Basically…be careful when using super glue. Make sure to use it on the right materials (to avoid setting them on fire), don’t inhale it, and don’t put it on your skin in any way. 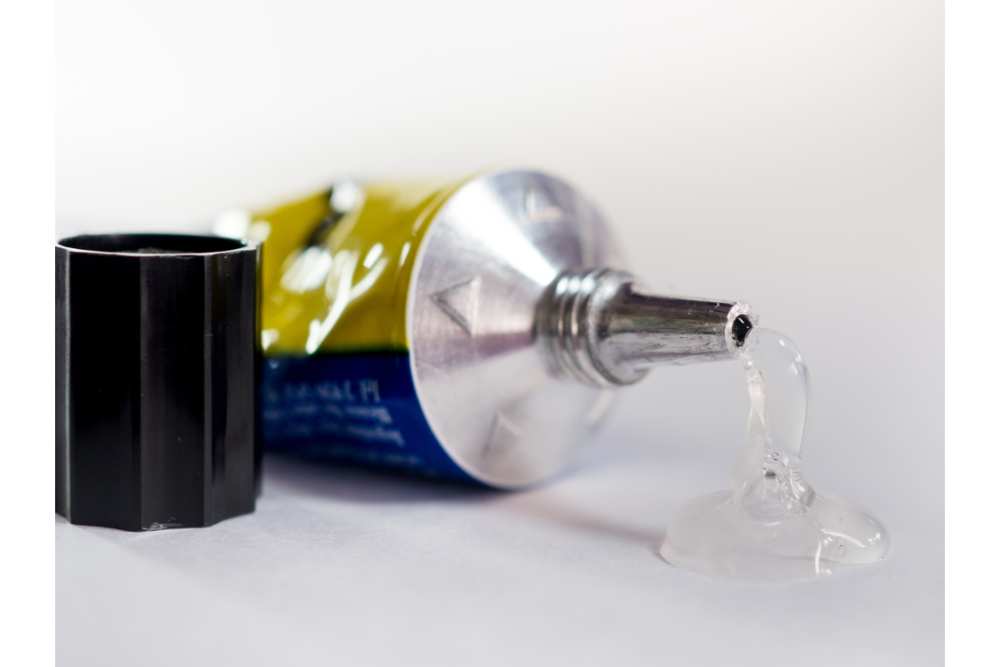 Does Super Glue Catch On Fire?

The answer to this is 100% yes! Super glue is highly flammable, and as such, it can very easily catch on fire with the right fuel, heat, and spark.

It can also even catch fire by itself, when applied to certain materials such as cotton, because as it dries up it causes an exothermic reaction, releasing heat.

And therefore, it auto-creates the right conditions to set itself on fire!

Is It Bad To Burn Super Glue?

What Happens If You Accidentally Smoke Super Glue?

If you accidentally smoke super glue, causing it to release the toxic fumes of its chemical ingredients, then you’re in trouble.

Inhaling the fumes of super glue can be extremely dangerous, and can even be life-threatening if done regularly or in a big amount.

Apart from causing severe breathing problems and difficulties, it can also cause brain damage, and overall it is a huge health hazard that should be avoided.

Here are some common symptoms of inhaling the fumes of super glue:

Here are some less common symptoms of inhaling super glue fumes, that are far more severe and lethal:

Potentially fatal, inhaling super glue can lead to an insufficient amount of oxygen reaching your lungs and the rest of your body, which can then cause you to asphyxiate and die.

Inhaling super glue can cause damage to the thin covering around the nerve fibers in the brain, known as the myelin sheath. This then causes long-term damage to your brain function and can lead to severe neurological problems and issues.

Inhaling super glue can cause severe disturbances in your heart rhythm, causing an arrhythmia. This can also ultimately lead to heart failure.

In conclusion, super glue is incredibly flammable and should be handled with care. In fact, when used on certain materials (mainly cotton), it causes an exothermic reaction and can cause itself to light on fire.

It is also important to remember that super glue can be very toxic, and should therefore never be burned, as it will release dangerous fumes that when inhaled can cause severe health issues.