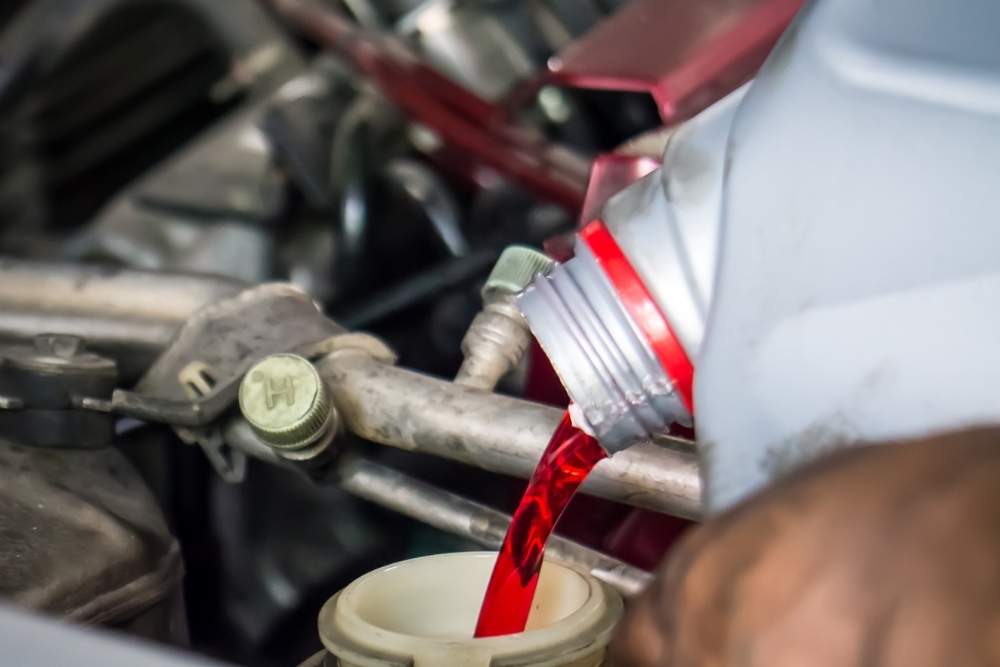 If you’re not a mechanic and you didn’t grow up around, or figure out how to rebuild, motors and transmissions while you were a teenager or in shop class, then it can be kind of difficult trying to remember and keep track of all of the different fluids and liquids that your car’s motor and transmission need in order to work.

The first and most important is motor oil, then there’s gasoline (without it you’d be dead in the water, and neither you nor your car wouldn’t be going anywhere), water and coolant, washer fluid, and finally transmission fluid.

So the possibility that transmission fluid, given that it’s surging through the gearbox of your car directly under your feet could be flammable and catch fire at any moment is a little disconcerting.

Actually, it isn’t disconcerting at all, it’s absolutely terrifying. At least it would be if it was true, and transmission fluid was flammable, which it isn’t.

But that doesn’t mean that it can’t and won’t burn, under the right circumstances, it will.

Burning Through The Gears

According to the Federal statutes that govern flammability, transmission fluid isn’t flammable, but it is according to OSHA (Occupational Safety and Health Administration) a combustible liquid, as it will ignite and burn at three hundred degrees Fahrenheit.

For it to be flammable, its ignition point would have to be less than two hundred degrees Fahrenheit, but it’s still slightly worrying that the fluid under your feet and the drivers and front passenger seats could potentially ignite and consume your car in a raging inferno.

Right about now is where you can finally breathe a sigh of relief and stop worrying as the chances that the fluid in your transmission could ever be the cause of a vehicular fire are so remote that it isn’t something that you’ll ever have to think, or even worry about.

Could it happen? Of course, it could. Has it happened before?

Well, yes, but only under a very specific set of circumstances, and to stop you worrying about the possibility that it might happen to you, we’ll lay them out so you can understand, and see, why it’s an impossibility that only ever happens to one in three or four million cars.

Every single time transmission fluid has caused an auto-fire, it was because one of the seals in the transmission housing had failed, which then allowed the fluid to leak onto a hot exhaust at which point the fluid ignited, and caused the car(s) in question to catch fire.

In order for the exhaust to be hot enough to cause the fluid to catch fire, a car would have to have been running for at least an hour, maybe two, and for there to be enough fluid leaking from the transmission to cause the fire, a seal would have had to have failed completely.

As we said, the chances of it happening are around three million to one, or roughly the same as being struck by lightning. 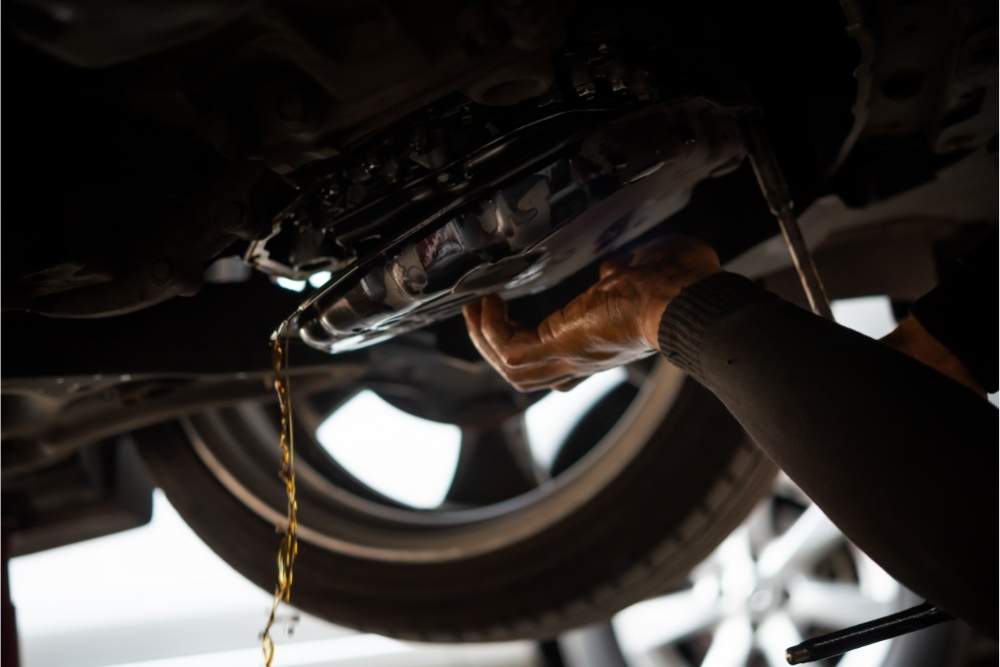 The Ignition Point Of Transmission Fluid

As it’s a combustible, but not a flammable liquid, transmission fluid can catch fire, but it would have to reach a temperature of three hundred degrees Fahrenheit before it would reach its combustion point.

And even then it would need a primary ignition source to catch light. In other words, someone would have to deliberately set it on fire.

It does however have an auto-ignition point or a temperature at which it can spontaneously catch fire, and that’s just over four hundred degrees Fahrenheit.

That’s the temperature at which the vapor from the fluid can ignite and cause the fluid to burn.

While that sounds high, all of the welding equipment and cutting equipment that garages use often exceed these sorts of temperatures, so if your car is going into the shop for some welding or other bodywork then… Don’t worry.

Before any garage would let a mechanic or bodywork specialist loose on the underside of a car with any tool that generated anywhere near those sorts of temperatures, they would have drained the oil, emptied the fuel tank, and made sure that they drained the transmission fluid out of your car too.

The last thing that any garage would ever want is an auto-fire, as it would be catastrophic for their business.

It is, however, possible for the transmission fluid in your car to overheat and begin to “burn”, which is a mechanical issue that you’ll need to address as soon as possible.

Burnt transmission fluid won’t lubricate or cool the transmission of your car as effectively and efficiently as it should, and could result in a catastrophic failure, which will probably leave you stranded on the side of the road in the middle of nowhere, trying to get a cell signal so that you can ring AAA.

If you do smell burning while you’re driving around, make sure your next stop is the nearest garage.

And if you spot some reddish fluid on your driveway, or on the concrete of the spot that you usually park in, then make sure that you give your mechanic a call, as your transmission is probably leaking and you’ll need to nip that leak in the bud as possible to avoid any possibility of the leaking fluid being responsible for causing an auto-fire.

The Final Word On Fluid Flammability

If you were worried that transmission fluid was flammable, you can tick it off your list of personal worries, because it isn’t.

Even though it is a combustible fluid, the chances that the transmission fluid in your car will ever reach the three or even four hundred degrees Fahrenheit that it needs to in order to burn, are almost non-existent. Which means that it’s something that you’ll never have to think, or worry about, ever again.