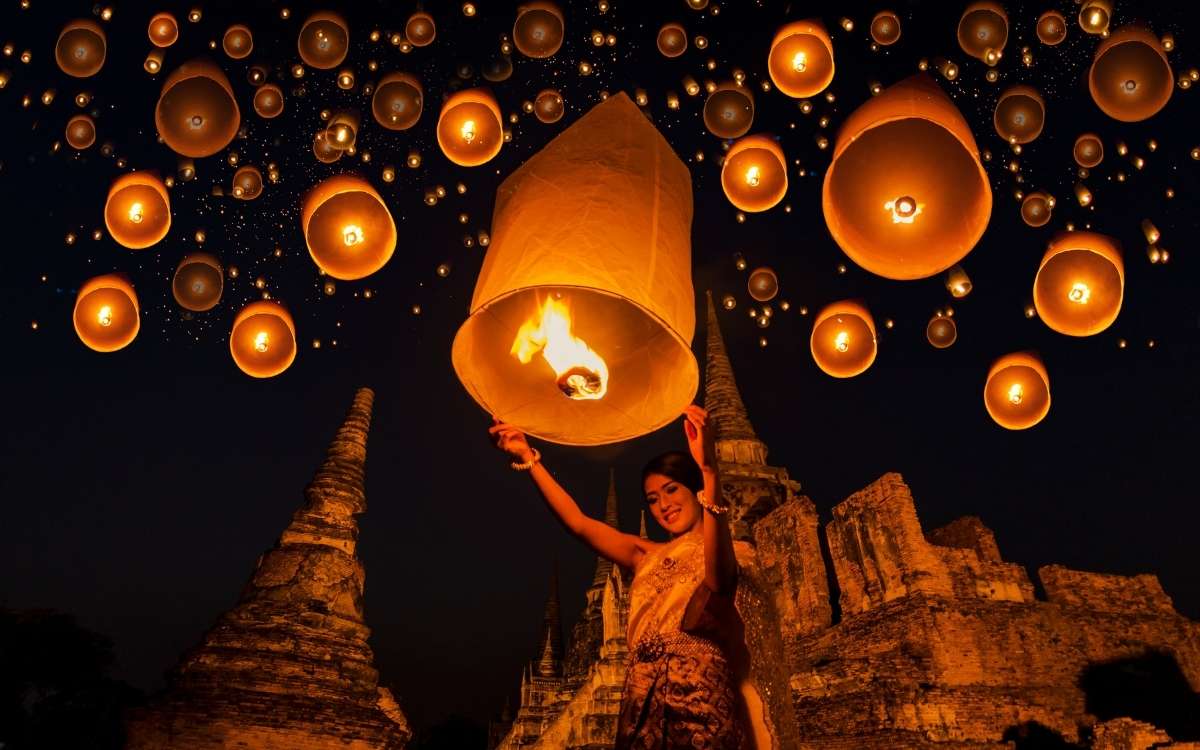 Fire is a phenomenon that has been feared and revered since the beginning of time. It is one of the oldest technologies we have had in the course of humanity.

So many mythologies, cultural stories, and religions have infused fire into our lives as a way to teach lessons.

Its practical applications are many as well. It can be used to cook food, provide warmth, and create light. But it’s also been used as a tool of destruction. It can level entire forests and leveled cities.

So how, exactly, is fire used as a symbol? We will explore this question by looking at some examples from literature and religion.

10 Meanings of Fire Symbolism Throughout History

First and foremost, fire is known as a creative force. We use terms such as “fueling the fire” and “burning with passion” to describe someone who is creative and full of energy.

In many ancient cultures, fire was used as a tool for creating art and even humanity itself. It represents the power of the sun and the ability to bring new life into existence.

In the famous Rider Waite Tarot, the fire in the center of the card is symbolic of creative power. It represents the artist’s ability to take the intangible and make it real.

Fire is represented by the “wands” in the tarot, and its wielders use the wand similar to a paintbrush to release their creative powers.

In Tibetan Buddhist wall paintings, fire is often expressed in the shape of rings around other central figures. It represents the edge of reality and the universe, leading to the realm of the unknown, or chaos.

Chaos is the opposite of order. It is the realm of the unknown and the unpredictable. It is the place where all possibilities exist and anything can happen.

The fire itself has a very chaotic quality. It is constantly changing and moving, with its flames moving unpredictably in a variety of directions. It is hard to control and can quickly get out of hand.

In literature, fire is often used to symbolize chaos. In Lord of the Flies, the boys build a fire that gets out of control and destroys their island. The fire represents the chaos that has taken over the boys’ lives.

In many cultures, fire is used as a tool for purification. It is believed that fire has the ability to cleanse and purify.

This is why we often see fire being used in religious ceremonies. For example, Hindus use fire to purify themselves on special occasions in a ritual known as Homa.

Fire is also used in Christian traditions as well. Witch trials were often carried out by burning the accused at the stake.

The idea here is that fire purifies and cleanses. It gets rid of all impurities and leaves only the purest form of something behind. Although this was a misogynist and sexist practice, the fundamental idea is still relevant today.

We often use fire as a way to cleanse ourselves of negative energy. Burning sage is a popular way to do this. The smoke from the sage is thought to purify and cleanse the space around it.

Indigenous cultures burn cedar to cleanse their space and to ward off negative energy in the same way.

Controlled burns in forests are also used as a way to cleanse the land. This is done to get rid of old growth and to encourage new growth.

Another common meaning of fire is eternity. The “eternal flame” is a popular symbol of this. In literature, fire is often used to symbolize eternal love.

In Romeo and Juliet, Juliet compares her love for Romeo to an “eternal flame.” This is because she believes that their love will never die and it will last forever.

The eternal flame is often used to represent the soul or the spirit. It is thought to be something that never dies and always remains burning.

This is why we often see fire being used in funerary rituals. The idea is that the person’s spirit will live on forever in the form of a flame.

In the Christian tradition, the eternal flame is often used to represent the Holy Spirit, which is the energetic manifestation of God.

In many churches, there are candles that are always burning, symbolizing the presence of the Holy Spirit’s eternal life.

We also have locations on the planet that have seemingly everlasting fires. These are called “eternal flames” and they often have a religious or spiritual significance.

Another common meaning of fire is hope. This is because fire represents the light in the darkness. It’s one of the very few things that can illuminate the darkness beside the sun, so we interpret fire as a beacon of hope.

When we are going through tough times, it can be helpful to think of fire as a symbol of hope. It reminds us that there is always something to look forward to and that better days are ahead.

It also represents the resiliency of the soul and its ability to keep going even in the darkest of times. Like fire, our souls have the ability to keep burning brightly no matter what happens.

This is why we often see fire being used in rituals and ceremonies that are meant to encourage hope.

For example, the Olympic torch is a symbol of hope that represents the spirit of athletes from all over the world coming together in a competition.

Fire is also a symbol of transformation. This is because it can change anything it comes into contact with.

This is why we often see fire being used in stories and myths as a way to represent change. Agni, the Hindu god of fire, is a popular example of this.

Agni is known for his ability to transform anything he comes into contact with. He is often seen as a symbol of change and transformation.

This is why fire is such an important element in many initiation ceremonies. It represents the person’s journey from one state to another, much like alchemical transformations.

Fire represents divine wisdom and knowledge in many cultures. This is because it is seen as a source of light and understanding.

In the Christian tradition, Jesus is known as the “light of the world.” He is seen as a source of divine knowledge and wisdom.

The burning bush is a symbolic flame. The fire appears to Moses in the form of a bush that is burning but not being consumed by the flames.

This divine fire serves as a signal from God to Moses that he is to lead the Israelites out of slavery in Egypt.

In the Hindu tradition, Agni is also seen as a source of divine knowledge. He is known as the “teacher of all things” and is said to hold the key to understanding the Vedas.

In the story of Prometheus, fire is stolen from the gods and given to humans. This is seen as a way of giving humans the knowledge and wisdom of the gods.

Fire symbolism is closely associated with knowledge because of its brightness. It both literally and metaphorically illuminates the way ahead. 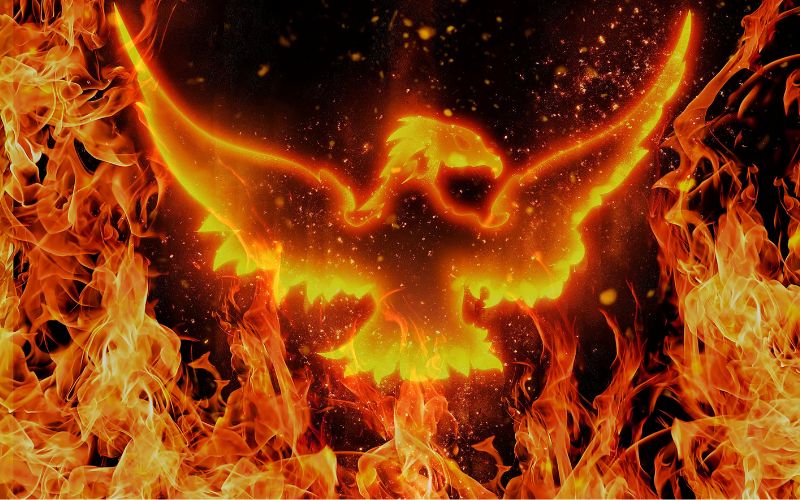 Fire is also a symbol of renewal. This is because it represents the cycle of life. It got this reputation because when a flame is lit, it creates something new and energetic with the materials that it’s burning.

The Phoenix is a popular example of this. It is a mythical bird that dies in flames and is reborn from the ashes. This is known as the “phoenix rising” and it represents the cycle of life, death, and rebirth.

The goddess Kali is also associated with fire symbolism. She is known as the “mother of renewal” and is often depicted with a flame in her hand.

Her divine fertility can be seen as a metaphor for the renewing power of fire. She can simultaneously use fire to destroy the universe while using the ashes of her victims to create new life.

This is why fire is often seen as a powerful tool for change. It can be used to destroy the old and make way for the new.

10. Hell and the Underworld

Fire symbolizes hell and the underworld in many cultures. Instead of serving as a purifying source, the fires of hell are seen as a place of punishment.

In the Christian tradition, hell is often represented as a fiery pit. This fiery smokey realm is seen as a place where sinners are punished for their crimes.

The fire doesn’t necessarily purify hell’s inhabitants. Rather, it is a sign of the suffering they will endure for eternity.

In Greek mythology, Hades is the god of the underworld. He is often depicted with a flaming torch, which represents the fire that burns in his realm.

This fire is said to consume the souls of the dead and keep them trapped in the underworld.

Alchemy is an ancient practice that aimed to purify metals and create gold from other substances. The alchemists believed that fire was a key ingredient in this process.

They thought that the heat of the fire could break down the metals and create new substances.

The alchemists also used the symbol of fire to represent the process of transformation. They saw it as a way to turn base metals into gold.

Gold was seen as a reflection of the sun, which was known as an eternal fire that provided spiritual enlightenment.

Alchemy fell out of fashion as modern science took center stage in the world. The fire began to represent religious archetypes rather than the divinity of the natural world, which was seen as separate from physics, chemistry, and math. 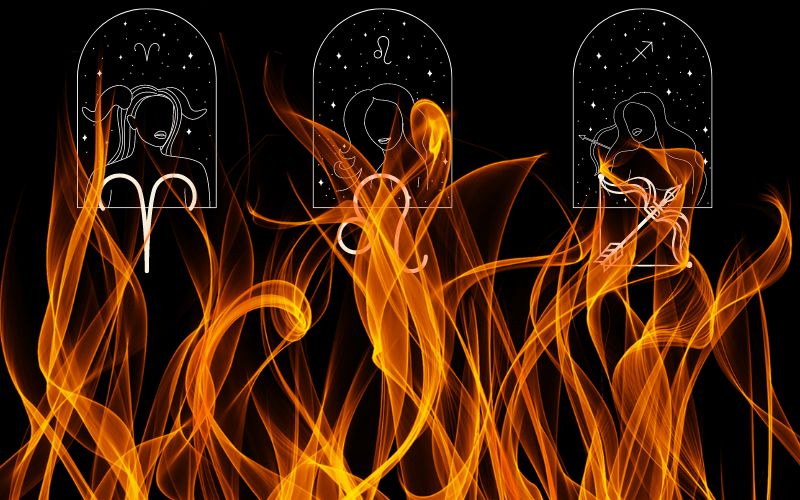 In astrology, fire is one of the four elements that are used to represent different aspects of the human experience.

Fire signs are associated with passion, energy, and courage. They are said to be creative and spontaneous. People who have strong fire signs in their chart are often seen as leaders.

The three fire signs in the zodiac are Aries, Leo, and Sagittarius. Each individual fire sign represents a different quality of the element.

These archetypes exist as a way for us to understand the world around us. They help us to see the different ways that fire can manifest in our lives.

Fire as a Classical Element

The classical elements are earth, air, fire, and water. They are the building blocks of the natural world and can be found in everything from plants to rocks to animals.

These elements formed before our current table of elements as a way to both explain the psychological and physical phenomena in the world.

Fire is the only element that is not a physical substance. It is an intangible force that can be both destructive and life-giving.

It is this duality that makes fire so powerful and intriguing, and even all-encompassing.

The Bottom Line: What Fire Represents

Fire has a wide range of meanings and associations and its meanings span as long as human history itself. While these days we often take fire for granted, it’s important to remember the power that this substance holds.

Whether we see it as a creative force or a destructive one, fire will always be a part of our lives. And that’s not necessarily a bad thing.

After all, fire is a major technology. As long as we respect its power, we can continue to harness it for good. 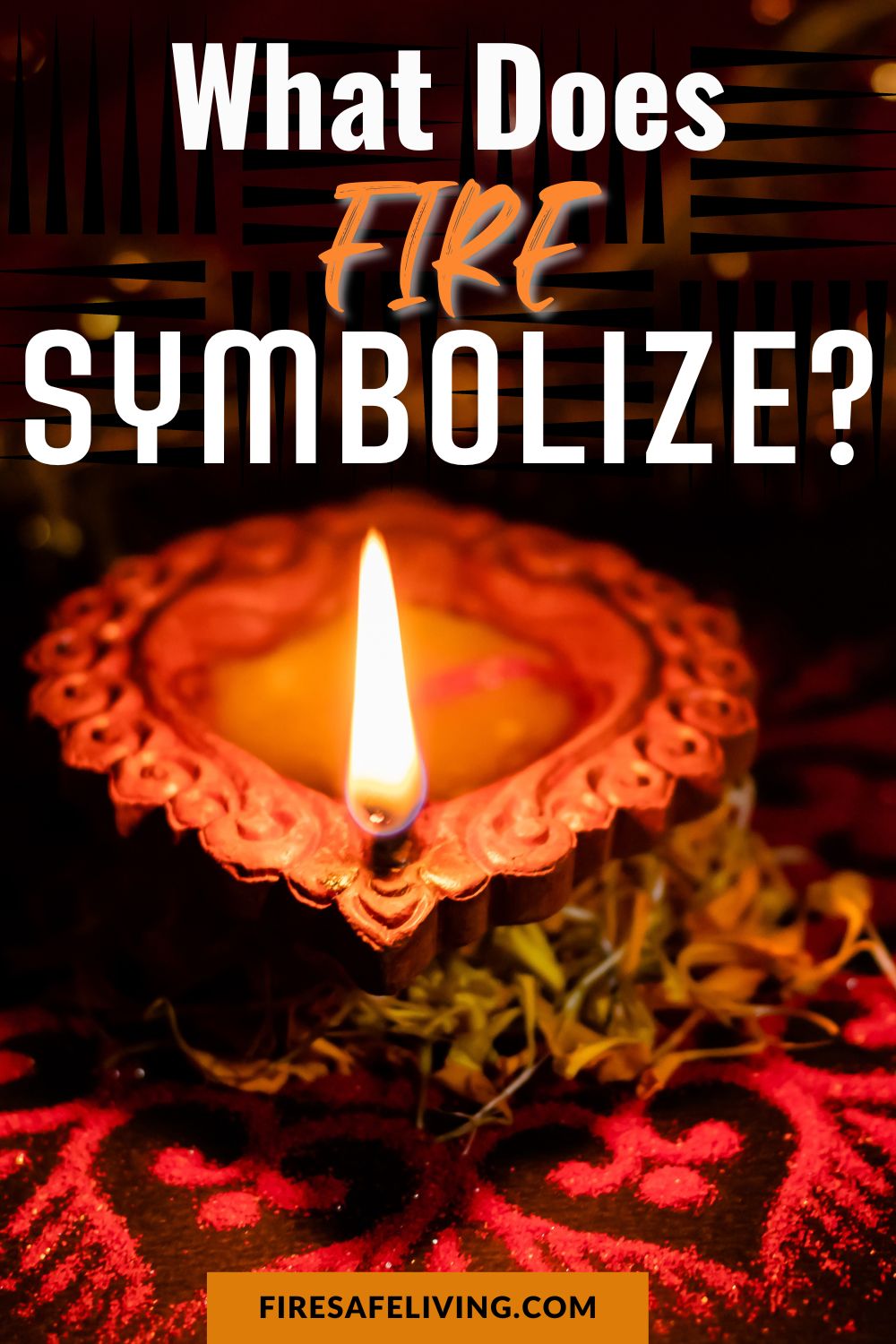