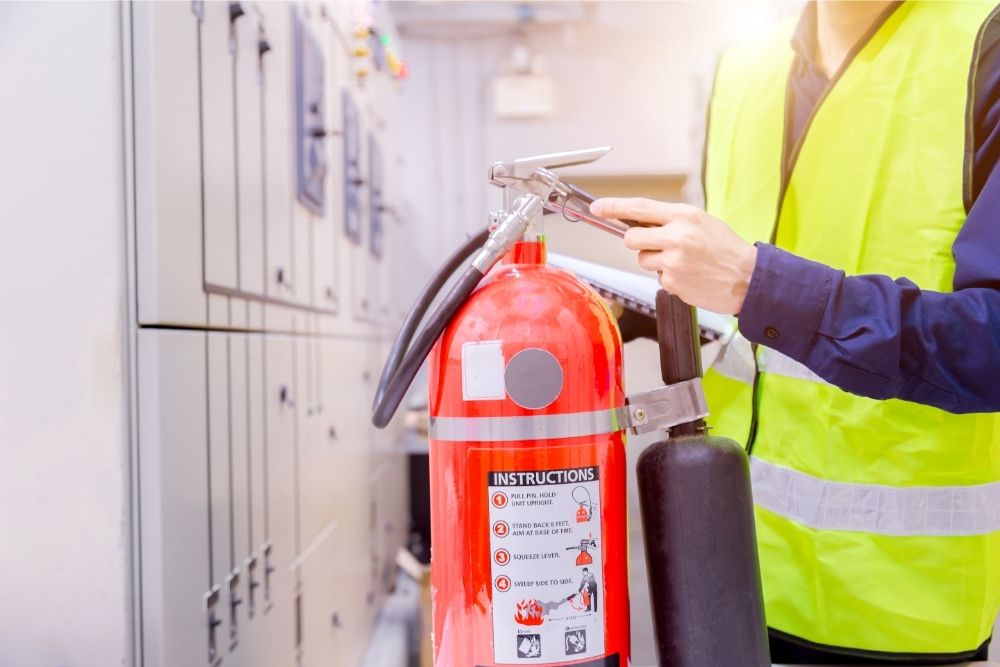 Fire has always been a double-edged sword hanging over the collective head of humanity. When Prometheus was punished by Zeus for stealing the secret from the gods and giving it to mankind, that should have been the only warning about its true nature that we needed to heed.

We should have learned from the Titan’s mistake and realized, at the dawn of history, that if a gift seems too good to it’s usually because it is.

And we should have realized then and there how dangerous fire can be.

The omnipresent fear of fire has taught us to always guard against it, and throughout the countless millennia, since we first dabbled with and learned how to create it, we’ve become better at both preventing and putting fire out if it does become a threat to life or property.

The days of having a bucket of water on hand to douse the first sparks of any conflagration may be a thing of the past, but the widespread availability of the fire buckets replacement, the extinguisher has introduced a new set of problems that we have to learn how to overcome, abide by, and live with.

Fire extinguishers have become part and parcel of modern life, and most businesses, being aware of the danger that fire poses to their staff, property, and ability to function, have at least one extinguisher somewhere on their premises.

But having an extinguisher isn’t the same as knowing how to use it, and if your place of employment went up in flames, would you know where the extinguisher was?

And more importantly, if you do know where it is, would you know to use it if the building started to burn down around you?

Knowing how to use an extinguisher in theory, and actually being able to use one in the real world isn’t the same thing, and it’s important, for staff morale and safety, that every business teaches their employees how to use a fire extinguisher in case the worst should ever happen.

It’s also important to keep a record, both in residential properties and businesses alike, of the age of all of the fire extinguishers present in the property, where they’re located, and when they were first installed.

It may like seem a crazy idea, keeping track of where an extinguisher is and when it was first installed, but there is a logical reason for doing so, and that’s because fire extinguishers, just like every other appliance have a finite lifespan and if that lifespan isn’t monitored carefully and closely when you need it the most, there’s a good chance that the extinguisher that you’re relying on you save your life and the lives of your colleagues and loved ones, might not be up to the task of doing so. After all, nothing lasts forever.

Do You Need To Replace Your Fire Extinguisher?

Fire extinguishers are the same as any other piece of office or household equipment, if they’re not properly maintained and looked after they’ll be more prone to failure. We get it, we really do, as a fire extinguisher is something that you don’t use every day, it’s all too easy to just hang it on the wall and forget about it.

But trusting and hoping that a fire extinguisher will work in a moment of crisis if it hasn’t been properly serviced on a regular basis is a risk that no insurance company would underwrite, and is tantamount to playing Russian roulette with your safety and the lives of everyone around you.

As a rule of thumb, most fire extinguishers have a shelf life of somewhere in the region of twelve years, which can be extended to nearly double that if it’s properly serviced. We know, we keep mentioning that fire extinguishers should be regularly serviced, and there’s a good reason why we keep bringing the subject up.

That’s because it’s vitally important that any and all fire extinguishers are regularly checked and serviced by a qualified technician. 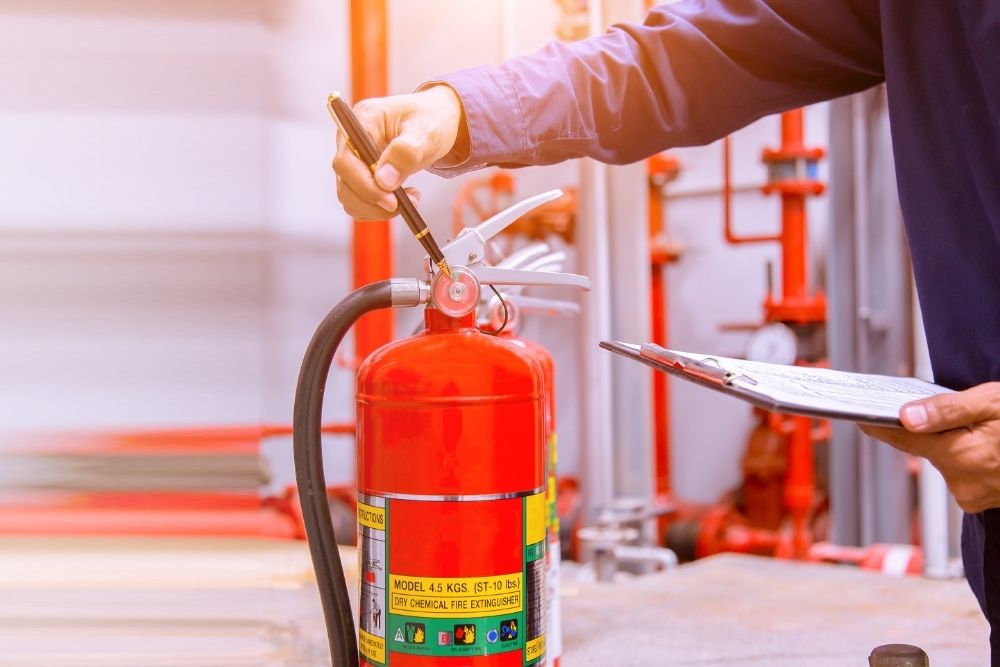 Almost every fire department in the country used to recharge fire extinguishers, and some would even service them as well, for a modest fee but unfortunately, for the most part that, like fire buckets, is now a thing of the past.

They will, however, if you give them a call, put you in touch with a reputable and reliable company who will set up a regular service schedule with you, and can, and will recharge your extinguishers when, and as, they need to be done.

If during the course of a service call, the engineer in question finds a problem with one or more of the fire extinguishers on your premises, they’ll probably advise you that it is in your best interests, and for your safety, to replace the extinguisher in question.

There are a number of problems and issues that would prompt a technician to make this call, namely if the extinguisher being serviced fails a hydrostatic test, which examines the integrity of the extinguisher’s cylinder.

Other extinguisher faults that would prompt an engineer or technician to recommend that you replace an extinguisher include a loss of pressure, rust, and corrosion, a fault with the instructions which has rendered them illegible, and any form of an excessive cylinder or external damage.

Likewise, at any point between service intervals, if you or any of your employees or fellow members of staff are worried about the condition of an extinguisher, you can always call the technician and ask them for advice, at which point they may suggest that you dispose of your old extinguisher and replace it with a new one.

How To Safely Dispose Of A Fire Extinguisher

Nine times out of ten, if you have a service plan in place with a company, you won’t have to worry about how to get rid of a faulty or broken extinguisher as the engineer will do it for you, and help you to replace the extinguisher in question.

The only time that you’ll have to think about disposing of, or actually get around to getting rid of an extinguisher that’s not fit for purpose or able to do the job that it’s supposed to, is if, for some reason, the engineer can’t do it for you.

And to make sure that you know exactly what you’re doing, and how to do it if that situation should ever arise, we’re going to tell you what you need to know in order to do so. First things first, check the extinguisher to make sure that it’s too far gone, or too old to save.

Once you’re convinced that it is, you’ll have two available options, for disposal, depending on the condition of the extinguisher.

Disposing Of A Fire Extinguisher If It’s Still Charged – Okay, let’s back up for a moment and explain the difference between charged and an uncharged fire extinguisher.

There was a time when your local fire department would come and take away the extinguisher for you, or you could have dropped it off with them and they would have disposed of it for you, but budgetary cutbacks have forced most fire departments to concentrate solely on putting out fires which have greatly reduced their involvement in the community and allowed private firms to prosper in their absence.

Disposing Of An Uncharged Fire Extinguisher – The easiest way to tell if a fire extinguisher is uncharged and isn’t pressurized is to pull the pin and then pull the lever.

If nothing happens, the extinguisher is uncharged, in which case all you need to do is take it to your local recycling center and one of the available technicians at the site will advise you about how to dispose of, and recycle the steel in, your empty extinguisher.

Even though it isn’t complicated, knowing when you should, and shouldn’t dispose of, and replace, a fire extinguisher is almost as important as setting up a regular service schedule, and now that you know how to do both, your office and home will be far safer than they used to be.