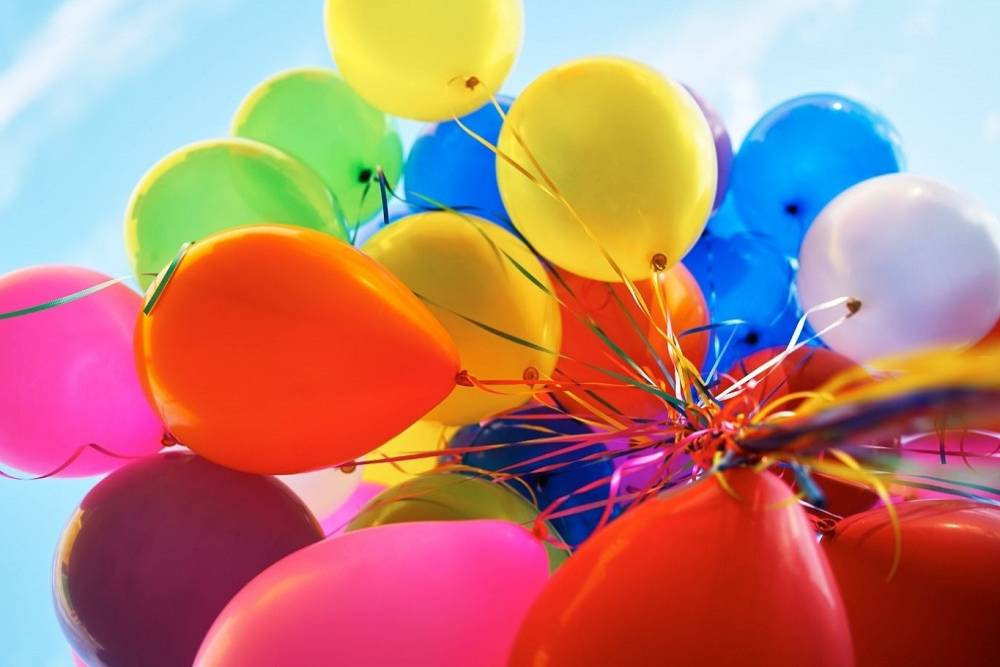 Helium is closely associated with balloons, and although it’s probably one of the most common uses for this compressed gas, it’s not the only use.

There have been claims that helium balloons can catch on fire, which may make you think twice before having balloons at your next party. But is this true? Are helium balloons safe?

Yes, they are – as far as flammability goes anyway.

Helium is a noble gas, and is number two on the periodic table of elements. It is not a flammable or explosive gas, but rather an inert gas.

This means it’s a very stable gas and not very reactive. Therefore, a helium balloon will not explode.

You can heat it up or cool it down to below absolutely zero until it becomes liquid and it still won’t catch fire. In fact, liquid helium is used as a cooling agent, even around rocket engines.

However, social media is awash with videos of balloons exploding. Due to the close link between helium and balloons many people determine that the balloons are filled with helium and that helium is dangerous. But that’s not the case.

So why do balloons explode?

You may have seen a few videos online with balloons exploding, with the person or page who posted the video stating that the balloons are filled with helium, but this is not true.

A helium filled balloon will not explode. The balloons in these videos that do explode are filled with hydrogen gas, rather than helium.

Yes, they can. Hydrogen gas, like helium, is lighter than air and will rise. It’s actually lighter than helium but much more reactive, making it an incredibly flammable gas.

Hydrogen was even used to fill blimps and other airships until the Hindenburg disaster in 1937, where a blimp filled with hydrogen burst into flames, killing 35 people.

It makes you wonder after such a tragic event why people continue to put hydrogen or other flammable materials in a balloon.

Well, hydrogen generally costs less than helium, and there is actually a helium shortage meaning that helium is in short supply. Also, hydrogen is easier to access than helium in some parts of the world.

But while this doesn’t justify the use of hydrogen in balloons, some areas still use hydrogen to fill balloons. This becomes even more dangerous when people are not aware of what is in their balloons.

However, there have been incidents of balloons catching fire that don’t contain hydrogen, but rather acetylene gas.

This is another dangerous gas to use in balloons. It’s so flammable that a common use for it is for welding.

It can ignite at -0.7 degrees Fahrenheit, so it’s of the utmost importance that precautions are taken when working with acetylene or when storing it. It’s also important to understand what it is and how it behaves in order to stay safe.

Acetylene is also known as ethyne, and is a hydrocarbon with the formula C2H2. This makes it the very simplest alkyne and at room temperature is a colorless gas.

Its simple chemical formula makes acetylene highly reactive, and it is prized for use as a fuel.

This is because of the triple bond between the two carbon atoms in the molecule with only single bonds attaching each hydrogen atom.

It’s interesting to note that the acetylene molecule forms a perfect straight line with the angles between each atom in the molecule at exactly 180 degrees from each other.

Acetylene is considered a very dangerous chemical to work with because it is chemically unstable, and because it burns very easily so must be transported and stored with great care.

In workplace environments where acetylene is used (such as welding), employees will need proper acetylene training, and health and safety assessments must be undertaken and all precautions adhered to.

In short, acetylene is extremely dangerous under the wrong circumstances, and the less you can handle acetylene the better. You should especially never use it in a balloon.

A substance has to be reactive to be explosive, and contain a large amount of potential energy. Potential energy is energy that has not yet been released.

It has to react so quickly that it causes a sudden expansion and produces pressure. It may also sometimes produce light and heat.

This usually means the substance must be flammable too, as flammable materials contain potential energy that releases when ignited. Other types of explosions can be caused by pressure or nuclear energy.

As helium is non-flammable, it is generally not explosive.

However, if a helium tank stored at high pressure was ruptured, it could explode. But this would be due to the pressure rather than the reactivity of the gas.

Where does helium come from?

Helium is the second most abundant element in the universe yet there is a limited amount of it on earth. It’s used for so many important things besides party balloons, but our supply is running low.

Helium is created under the earth’s surface from naturally occurring, decaying radioactive materials. They give off helium, most of which rises into the atmosphere and then disappears forever, but some does get trapped in natural gas deposits.

To be useful it then has to be removed from the other gas, which is a difficult and expensive operation.

It is always important to know what kind of gas you’re using, and to know how it behaves.

Even though they can all make balloons float, there is a massive difference between helium, hydrogen and acetylene.

While we should all stick to helium when inflating balloons since it is not flammable, as the world’s supply dwindles, other gases may be used in balloons in the future. But we will need to exercise caution with these gases.