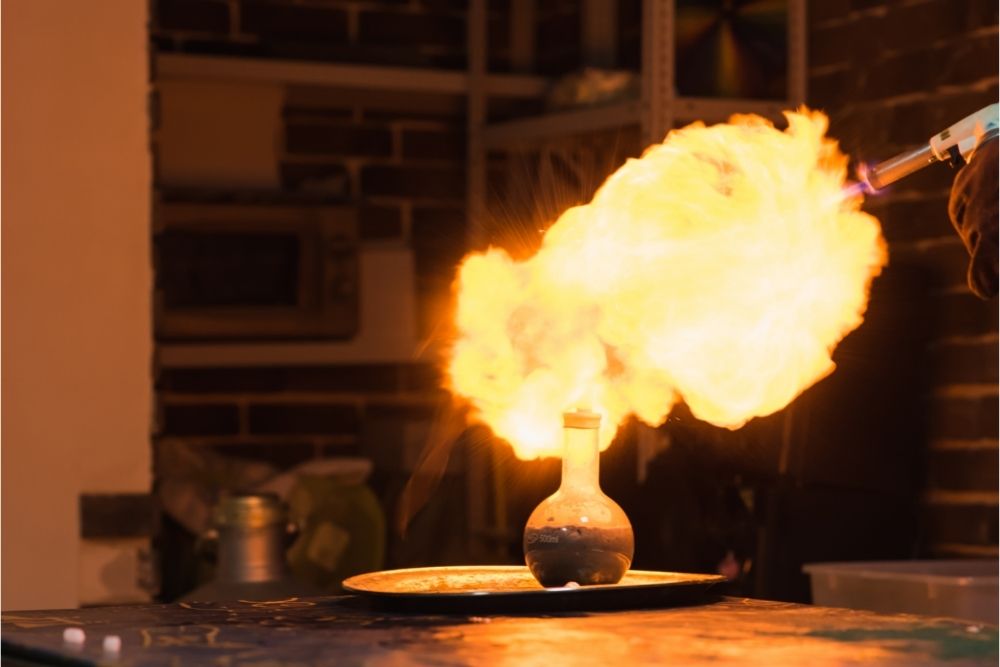 We have so many items and products in our homes that we often don’t even think about whether any of them are fire hazards or not. If you want to keep your family safe, then check out our handy guides to see which substances are flammable or not.

It is mainly used on the skin as a mild antiseptic, but can also be used in mouthwashes to rinse out and remove any bacteria. However it is most commonly used to sanitize and disinfect things.

You can use hydrogen peroxide to keep kitchen utensils or beauty tools bacteria free, you can use it in a foot bath to get rid of fungus and soften the feet, you name it!

What is Hydrogen Peroxide? 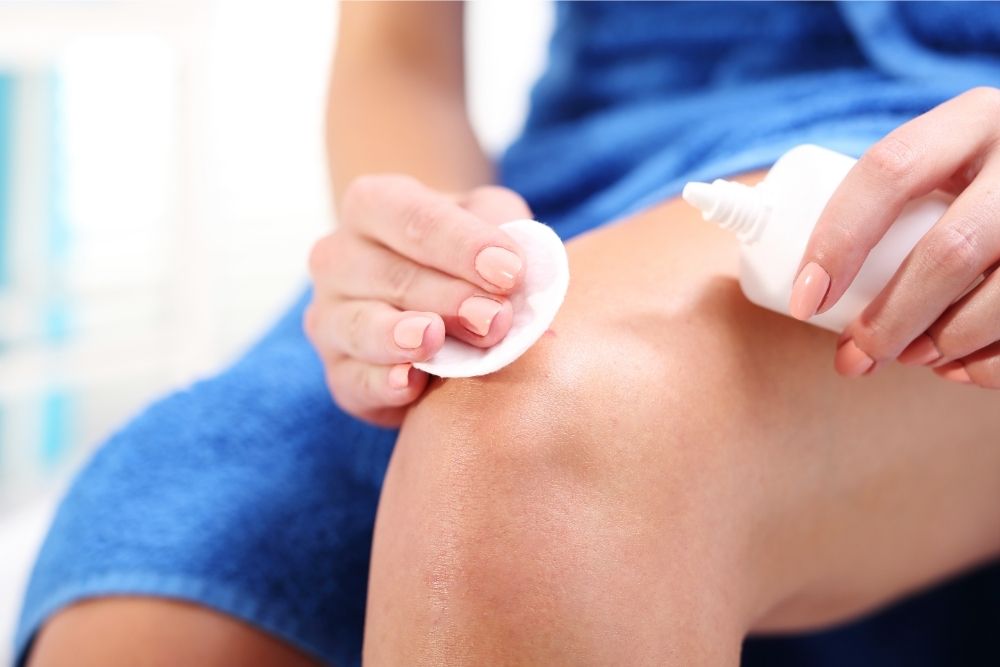 Hydrogen Peroxide is a chemical compound made up of hydrogen and oxygen and is called H2O2. Hydrogen peroxide, or H2O2 is a type of peroxide and an oxidizing agent. It has lots of antiviral and antibacterial properties, which is why it is often used as a disinfectant.

As a result, you can find hydrogen peroxide in antiseptic products or mouthwashes, and is often used for bathroom cleaners or stain removers.

In addition, hydrogen peroxide is commonly found in personal care products such as hair dyes and bleaches or even teeth whitening products.

As it is an ingredient in many day to day products, you may be wondering how safe it is, and if it is flammable.

In general, hydrogen peroxide is not classified as flammable or combustible as it will not fuel a fire by itself.

That being said, whilst it will not act as a fuel, it can make a fire much stronger and more intense because it is an oxidizing agent.

For a fire to be able to burn, it needs heat, fuel and oxygen. If any of these elements are removed, then the fire will go out.

This is how you extinguish a fire. You add water to cool it and remove the heat element, or you throw sand on flames to smother them and remove the oxygen.

Whilst hydrogen peroxide by itself is not flammable, it can increase the severity and intensity of a fire that is already burning, or it can make a fire more likely to happen if there are already fuel and heat elements, as the hydrogen peroxide acts as the oxygen.

What happens if you heat Hydrogen Peroxide?

If you try to heat hydrogen peroxide, it will begin to lose its stability, and it will break down into oxygen and water. The oxygen that is released is exothermic decomposition, which will combust if it reacts with fire.

Therefore, by heating up hydrogen peroxide with open flames, you can cause an explosion. Whilst hydrogen peroxide is not flammable, the oxygen will fuel a fire, which can be a hazard when combined with other elements and substances.

Is Hydrogen Peroxide safe to use?

The Food and Drug Administration (FDA) has classified hydrogen peroxide as ‘generally recognized as safe’ or GRAS for humans as long as it is in low doses and concentrations. Whilst it is safe to use, it is not suitable for the skin as it can cause irritation, burning and blistering.

Is Hydrogen Peroxide an explosive?

Other items such as swimming pools or hot tub shocking treatments can have about 27% hydrogen peroxide, which has an elevated burning rate.

On the other hand, industrial strength hydrogen peroxide will have a concentration of about 28% to 52% which has a further increased burning rate.

Chemicals can be slightly more dangerous, as anything with a concentration of about 53% to 91% hydrogen peroxide can have a severe increase in burning rate, and is capable of exploding or detonating.

Things like rocket propellant have a concentration of more than 91% which can ignite spontaneously and without a source and is highly explosive.

To summarize, hydrogen peroxide generally is not flammable, or combustible, although it can act as an oxidizer if it reacts with flames.

It can also be a fire hazard in higher concentrations, but these levels of hydrogen peroxide are unlikely in your typical household items.

The hydrogen peroxide in your hair dye, contact lens solution or other over the counter items is safe to use as long as you follow the instructions.