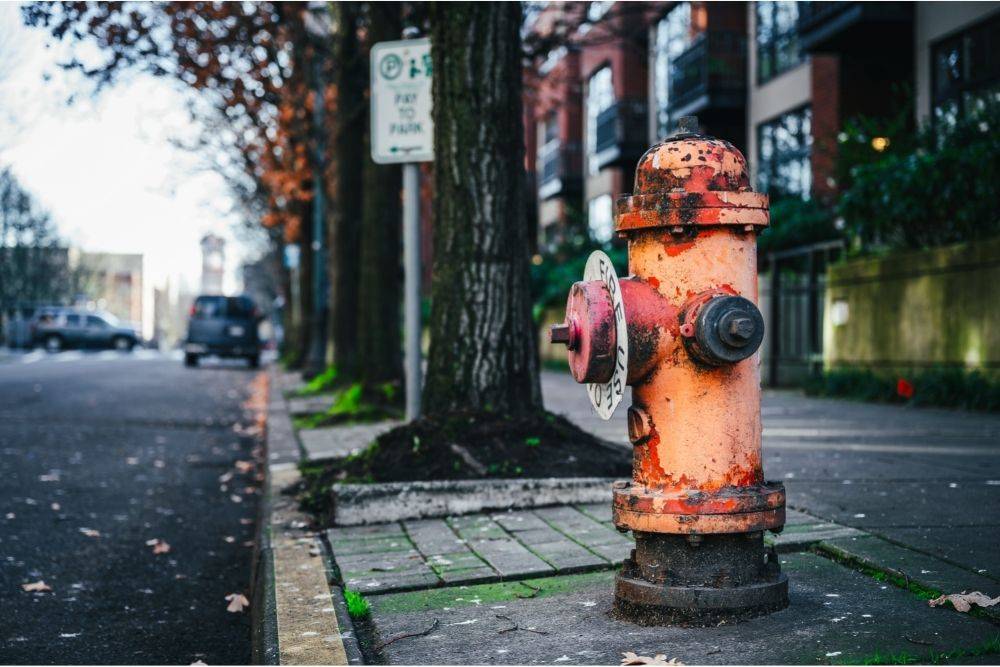 When firefighters are called out to action, to battle a raging fire, they will often rely on the nearest fire hydrant in order to have a good supply of water.

There are usually fire hydrants to be found all around cities and towns, and there are more than you might think, it’s just that sometimes they are easy to overlook and miss.

Firefighters will know where all the different fire hydrants are and will have studied maps so that they can quickly get to the nearest one when needed in an emergency.

But you might be wondering how to spot or find a fire hydrant without previously knowing its location.

What if you need to know, at any given time, where the nearest fire hydrant is? Finding them is slightly different depending on where you are, as not all fire hydrants look the same in different counties.

But just so you have a basic knowledge and guide, we’ll tell you some of the main ways of finding the nearest fire hydrant, in a few different countries.

Finding a fire hydrant in the USA:

There are a few different ways in which you can find and spot the nearest fire hydrant to you within the United States. This is what you need to look out for:

In parts of the United States where snow doesn’t ever cover the streets, one of the main indicators of a fire hydrant is blue reflectors embedded into the surface of the street floor.

Visible colors that are painted:

In parts of the United States where snow tends to cover the streets, the main indicator will be a tall painted sign that is highly visible or even flags.

There is also usually a specific color-coding system.

According to the National Fire Protection Association, the recommended color code is as follows:

As the United States is so big, and there are different types of hydrant depending on the state or area, one of the best ways to find the nearest fire hydrant in a fast way is to just do a quick internet search.

The problem is, that there is no official database with all the exact locations of all the fire hydrants in the United States. This is currently trying to be done.

In the meanwhile, Google Earth has the most amount of fire hydrant locations, even though it is not always 100% accurate.

Related: Can Firefighters Fill Up Your Pool?

Finding a fire hydrant in the UK:

In the United Kingdom, along with Ireland, fire hydrants are located underground beneath the street. This means that there is no visible body for the hydrant itself, which makes them a lot harder to spot.

Instead, the location of fire hydrants is marked with a yellow signpost, usually with a large H written on it.

The signpost will then also have other information about that specific fire hydrant, such as the diameter of the water main, and the distance at which the hydrant is found.

There are other countries within Europe, such as Finland, where they use a similar system to this, only the signposts might be in a different color and have a different letter written on them.

Finding a fire hydrant in Australia:

Australia is very big, and as such it has many different types of methods to signal the location of a fire hydrant.

Most fire hydrants are located underground, and they use a spring hydrant ballcock system to be activated, so there isn’t a visible hydrant body to spot. This is why most signaling methods are made to be very visible and easy to find.

One of the most common sign types in Australia, to show the location of a fire hydrant, is a simple triangle painted on the road, signaling towards where the hydrant is.

Nowadays, most of these have been combined with other signs to make them more visible.

These are most commonly referred to as the cat eyes. They are a self-washing marker embedded into the road’s surface, which reflects back a blue light when shined upon by the headlights of a vehicle.

Hydrant marker plates are the most modern signage method for fire hydrants in Australia and are becoming the most common.

These plates not only indicate where the fire hydrant is located, but they also indicate the type of water, the diameter of the hydrant, the exact distance at which it is found, and more.

Finding a fire hydrant in Germany:

In Germany, as well as most countries within Europe, fire hydrants are situated below ground, tucked out of the way.

This means that there is no identifiable body for the hydrant. Instead, they use marker plates that signal the location of the hydrant.

In Germany, these marker plates always have a highly visible red border, and they contain information about the diameter and the distance.

Related: How Do You Open A Fire Hydrant?

Finding the nearest fire hydrant can be tricky, especially as in most countries hydrants are located below ground.

Instead, you have to look out for signposts, marks on the road or street, or plate markers that might be signaling the location of a fire hydrant nearby.

It’s also worth looking for spaces in the street where cars aren’t parking, as most fire hydrant spots have to remain clear, in case of an emergency, and parking above them is therefore not allowed.