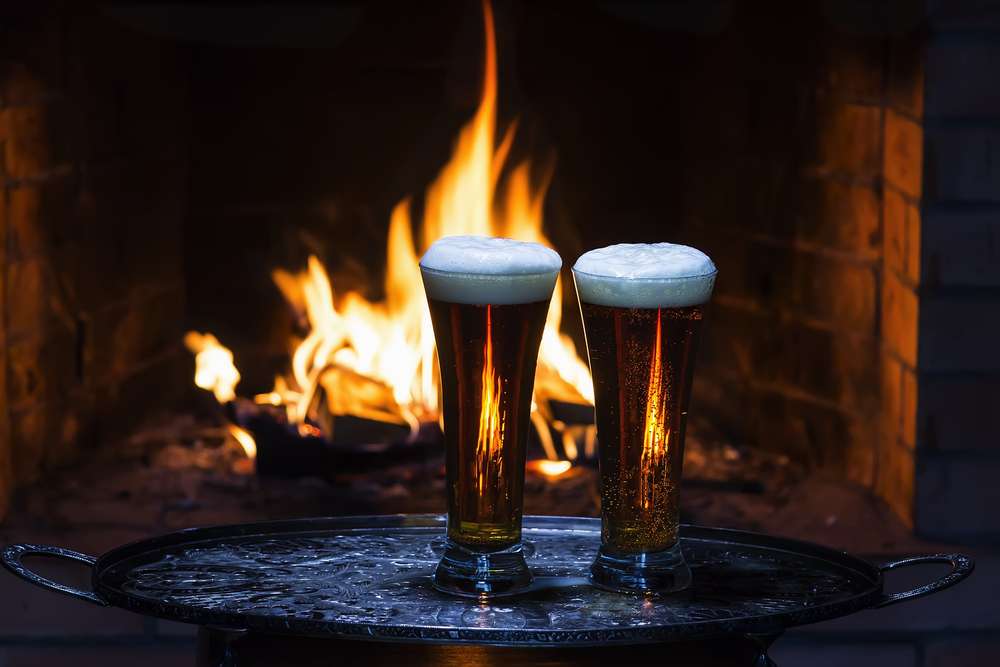 When we think of flammable alcohol, your mind would probably not lean to beer straight away. I mean, a lot of us love a good beer.

You get home from a hard day’s work, you go into the fridge and get yourself a nice bottle of the good stuff.

Or, you head for the nearest bar. You can’t wait to get that sweet taste on your tongue. Then you look over and see a guy drinking a flaming Lamborghini. You start to think – I’ve got those ingredients at home…

Then, you look down to your beer. Wait a minute, I have beer at home. I was gonna start making beer at home. You begin to panic. Do all alcohols have the capability to go up in flames? Could this beer be a fire hazard?!

We’re gonna take a look at it. So, pour yourself a cold one and relax. Stay away from the fire though! Is beer flammable?

Why Would People Think Beer Is Flammable?

You might have seen in the movies that someone can light alcohol at a bar and throw a Molotov cocktail – or maybe you’ve taken part in a flaming sambuca!

Ethanol is a form of alcohol which is an amalgamation of water and ethene. This is the type of alcohol that we recognize from the bar (whiskey, beer, wine etc.)

In the same way as all alcohols, ethanol has the potential of flame. The difference is in the drink itself.

So, If Ethanol Is Flammable – Is Beer?

An ethanol alcohol would need to be around 40% or higher to be flammable. If you’ve got a beer of 40%, you don’t really have a beer!

Besides being far lower in alcohol content, beer is made up largely of water. We don’t need to tell you that fire and water aren’t fond friends.

What If I Cook With Beer?

Well, this is a more complex question. The likelihood of catching fire is still low but it depends on the beer. It is theoretically possible to evaporate all the water from the beer and alcohol that remains could be set alight, but there are a huge number of factors that this would be possible.

Flashpoint refers to the minimum temperature something requires to go alight. The flashpoint of ethanol is about 55 degrees and for it to go up in flames, it would need something to set it off (a match etc.) However, for ethanol to self ignite – the flashpoint would need to be 680 degrees.

What Alcohol Is Flammable?

Sambuca: Usually above 40% ABV and plenty of sugar.

Grand Marnier: A type of cognac which is often used in flambé or to light foods. (In Britain, they use brandy to light a Christmas pudding.)

Tequila: A favorite in Mexico, this stuff packs a punch and can easily go up in flames. It’s normally about 40-70% ABV.

Absinthe: Can be extremely high with its ABV, creeping up into the 90%.

Vodka: Found in most bars and stores, it typically boasts a 40% and higher ABV. 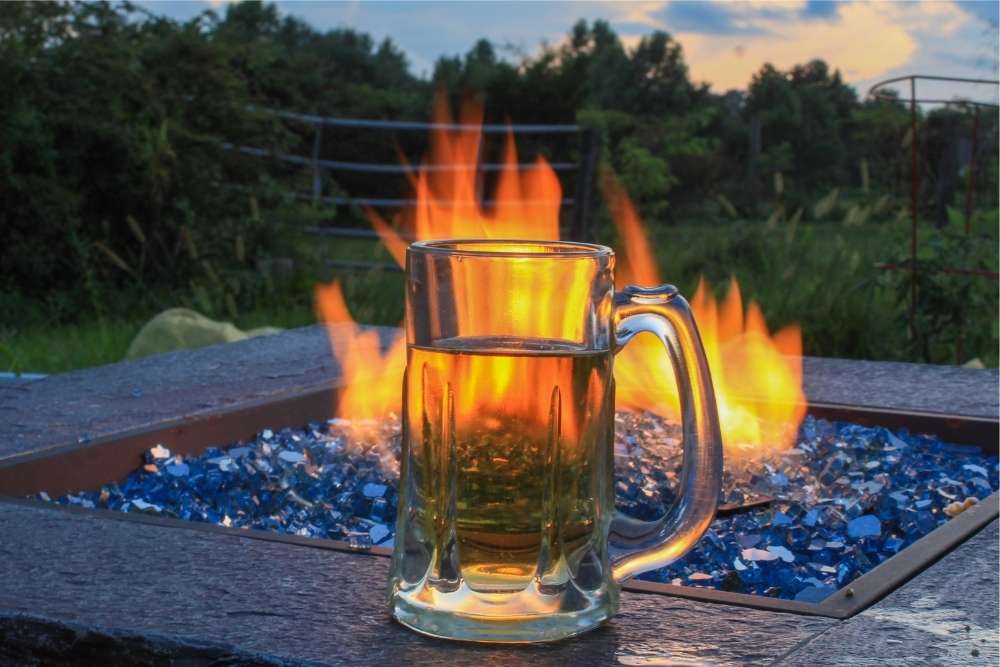 Why Would People Light Alcohol On Fire Anyway?

Originally? We don’t really know. What we do know is that alcohol had a variety of uses throughout the centuries such as in cooking and cleaning. The theory with cooking (and flaming drinks) is that the fire causes a flavor change.

What Is Beer Made From?

Generally, beer is created with water, ethanol, hops, sugar and malt. This results in most beers being around the 4-5% ABV range.

However, there are some notable exceptions. There is a ludicrously high beer by ABV called Snake Venom. That is 67.5%. Due to its high alcohol content – the likelihood is, this beer will be flammable with assistance from a spark.

Can It Be Flammable During Creation?

When beer is fermenting, it is technically possible for it to be flammable but not typically. You’d have to be purposely making the most potent beer known to man.

But I’ve Heard Beer Is Combustible?

What If Beer Is In A Barrel?

Irrelevant if beer is in a barrel, a bar or a sandwich – it isn’t flammable (unless the ABV is above 40%, which it shouldn’t be.) The barrel itself might be flammable though, assuming it is made of wood.

Can You Put A Fire Out With Beer then?

Great question. In fact, this has actually been done. A truck carrying beer in 2014 went up in flames and was put out by its contents.

Beer bottles have been known to explode but this is probably due to carbonation.

What If You Have A Large Bottle Or Barrel Explode?

You will not be at danger of a fire, assuming it is normal beer – however, you are at some level of danger with flying debris, such as bottle caps and lids. If you homebrew or are considering homebrewing, it is wise to wear safety gear such as goggles.

The basic take-away from this is technically yes but also a resounding no. Anything above 40% alcohol by content (ABV) has the potential to be set alight, but as beer is normally mostly water and around 4-5% ABV, it is categorically unlikely.

If you’re considering testing out any of these alcohols to see if they’re flammable, it is advised that you do not do it.

If for any reason you have to, then it is highly recommended you do so in a safe, controlled environment with a professional at hand and plenty of safety gear.

And of course, with any alcohol – remember to drink responsibly!