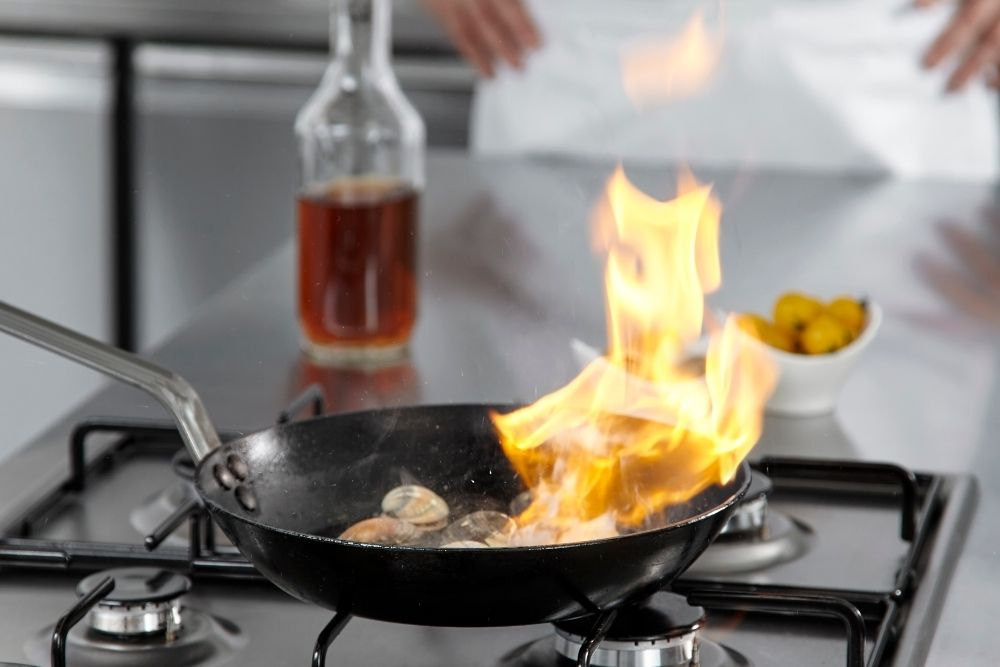 Is Vinegar Flammable? Technically, vinegar is not a flammable substance and is hard to catch on fire. So, does that mean it’s safe to use?

The perfect accompaniment to salt and boasting a tangy kick – vinegar is a staple ingredient in recipes around the world, and can be found in the kitchens of homeowners and on the tables of restaurants in just about every city there is – so, does that mean that it’s totally safe to use?

Regardless of whether you’re currently on a quest to safe-proof your kitchen or you’re simply curious about the flammability of vinegar, the flammability levels of vinegar are a hot topic and the spark (pardon the pun) of many conversations.

We mean, it is made from alcohol, which means that it has to be flammable, right?

Well, as it turns out, the answer to that question isn’t so clear-cut, and we’re here to help you understand why.

Below, we’re going to be talking you through everything you need to know about this fish and chip’s favorite, as well as the flammable properties of it, too. So, whenever you’re ready – let’s jump straight in. 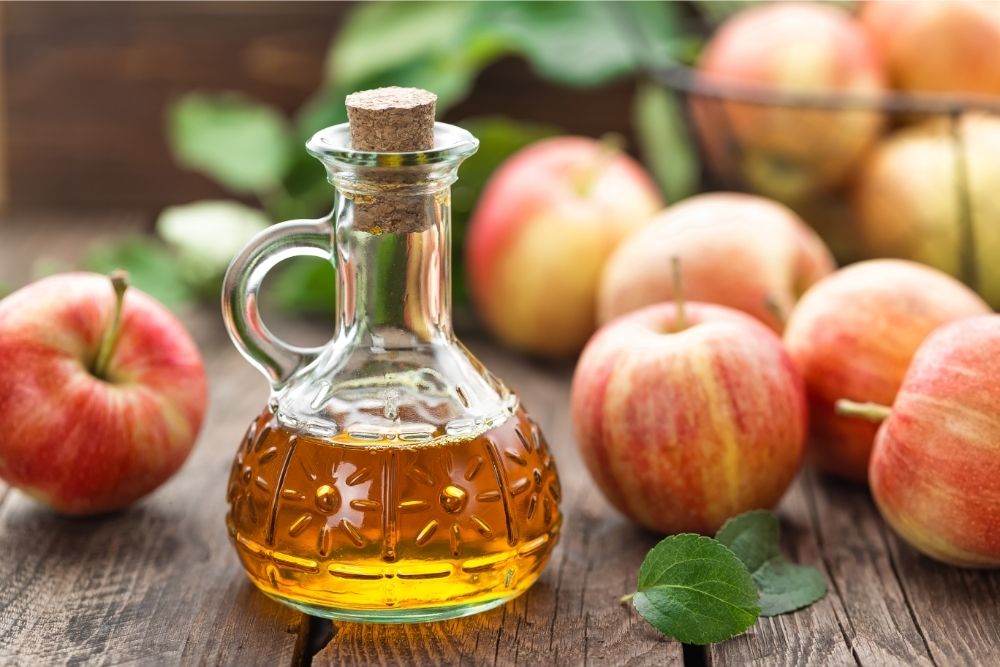 Vinegar is a type of acidic liquid that is created through the fermentation of ethanol and acetic acid bacteria. Once it has been able to undergo the fermentation process successfully, it is then safe enough for human consumption and is most commonly used to enhance the flavor of different types of foods.

Additionally, vinegar can also be quite easily made by allowing wine or beet to stand for a long period of time, as this will also trigger the same fermentation process to occur within the alcohol, which will then turn it into vinegar.

Believe it or not – vinegar can even be made by fermenting sugar, and this is the most common route used by companies who are producing large quantities of vinegar.

More often than not, when vinegar has been given enough time to undergo the fermentation process, then you can expect vinegar to contain anywhere from 5 to 20% of acetic acid as we have already touched upon above.

As for the rest of the vinegar, the remaining percentage will consist of a mixture of mostly water, flavonoids, phenolic acid, as well as potentially aldehydes. In some instances, there may even be colored chemicals present within the vinegar, too, although this is often not the case.

For these reasons, vinegar is one of the most cost-effective edible acids to manufacture and can be used for a variety of other purposes rather than just to enhance food, including in holistic medicine and even for household cleaning.

Technically speaking, vinegar is not usually a flammable substance and is moderately hard to catch on fire. Even though it is made using a variety of flammable ingredients including acetic acid – which is extremely flammable – standard, store-bought vinegar will only ever contain very low levels of acetic acid, which is otherwise known as ethanoic acid.

Even though the level of acetic acid in vinegar will no doubt vary from brand to brand, you can expect properly made vinegar safe for human consumption to contain only 5 to 20% of acetic acid.

So, with that being said, if vinegar has been made to contain a safe, regulated amount of acetic acid, then you can rest assured that these industry-standard levels will not contain enough acetic acid to ignite if exposed to a flame.

This is further supported by the fact that when vinegar is made correctly, then it will contain around 70 parts of water, which is not flammable. So much so, that as we’re sure you’re already aware, water is used to put out fires.

Even though only a very small percent of standard household vinegar contains acetic acid, we still think that it is important to talk about it so that you can better understand the potential flammable properties of vinegar.

Generally speaking, pure acetic acid is highly flammable and tends to ignite when exposed to 104 degrees Fahrenheit or higher. Seeing as it is the active ingredient in vinegar, it is important to keep in mind that very high percentages of this acid in vinegar can be dangerous to consume, as well as extremely flammable.

For this reason, we strongly recommend that you double-check the acidic level of the vinegar you are planning to use to ensure your safety.

When Can Vinegar Become Flammable?

Nevertheless, even though vinegar is generally very hard to ignite, it is worth keeping in mind that there is a chance that vinegar could catch on fire due to its acetic acid content, even though it will be relatively low.

However, it is very unlikely that this could occur unintentionally, as you would have to put in a lot of effort to make your vinegar flammable by heating it up.

Unless you were actively trying to heat up your own vinegar for this purpose (which, of course, you wouldn’t be) then you can rest assured that it’s going to be practically impossible for vinegar to become flammable from high temperatures.

If you’d like to be safe than sorry, though, make sure that you’re keeping your vinegar in a cool location in your kitchen, and out of direct sunlight.

You should also make sure that the cap is fastened securely to prevent any fumes from escaping into the surrounding air.

Additionally, if you’d like to avoid breathing in the fumes that vinegar lets off when you shake it onto your food as much as possible, then we recommend using your vinegar in a well-ventilated area with constant airflow.