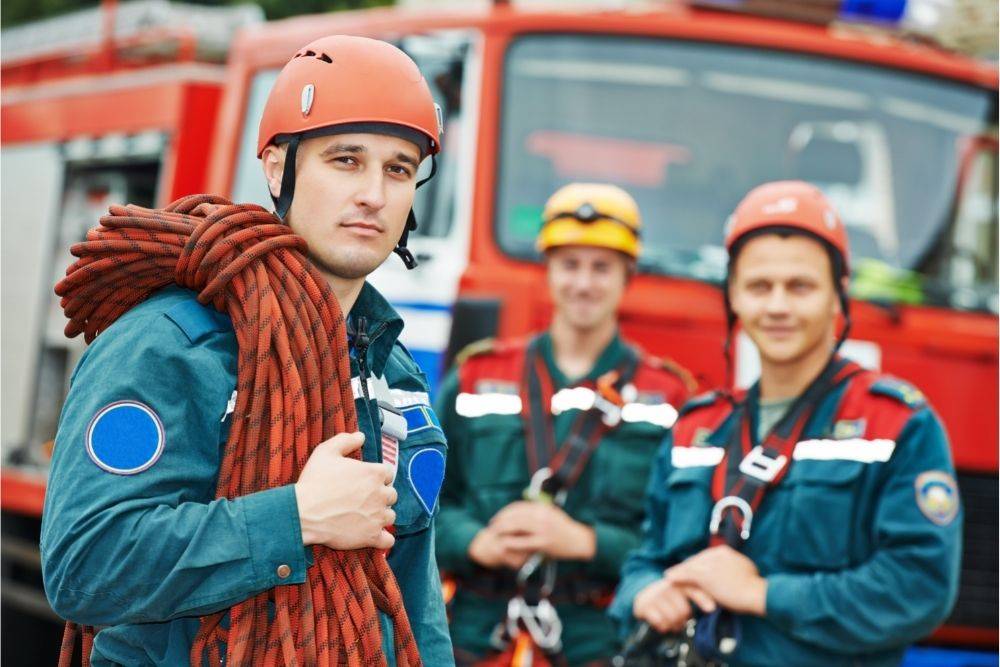 Beards and facial hair are certainly a modern day fashion statement. Some years ago they may have been viewed as scruffy or made you look like a ‘hippie’, but nowadays, they’re all the rage.

However, today, there are still some careers where the clean-shaven look is an expectation, and you can’t get away with having a beard.

The military is one of these careers, but another you may not consider, is the job of a firefighter. Firefighters in a majority of places are required to be clean-shaven by 8am each morning. Not every place is this strict, but it gives you a real look into how serious this is.

But why is this? Why do firefighters need to shave each day?

Today, I am going to give you an insight into the world of firefighting, and what it means to have facial hair in this industry.

Can a firefighter have facial hair?

Firstly, the rules and regulations on facial hair in firefighting vary depending on location and the attitudes of the department. Some might maintain a very strict policy around the concept, where firefighters need to remain beard-free while on duty.

You are perfectly free to grow a beard off duty if you want to, but you need to shave before you return to the station.

Some others might be a little more relaxed and allow for short, and highly maintained beards to be kept, within reason.

There may even be some, although not many, who do not really care as long as they carry out their jobs effectively. But, the general consensus is that no, firefighters cannot have beards.

It also depends on the role of the firefighter. A firefighter who performs line or combat duties, directly involved in fires and major incidents are more likely to be told they must shave.

On the other hand, those who work in other departments or within community firefighting groups are more likely to get away with growing a beard.

Office personnel will also be more likely to get away with having a little facial hair, too.

Why are firefighters not allowed to have beards? 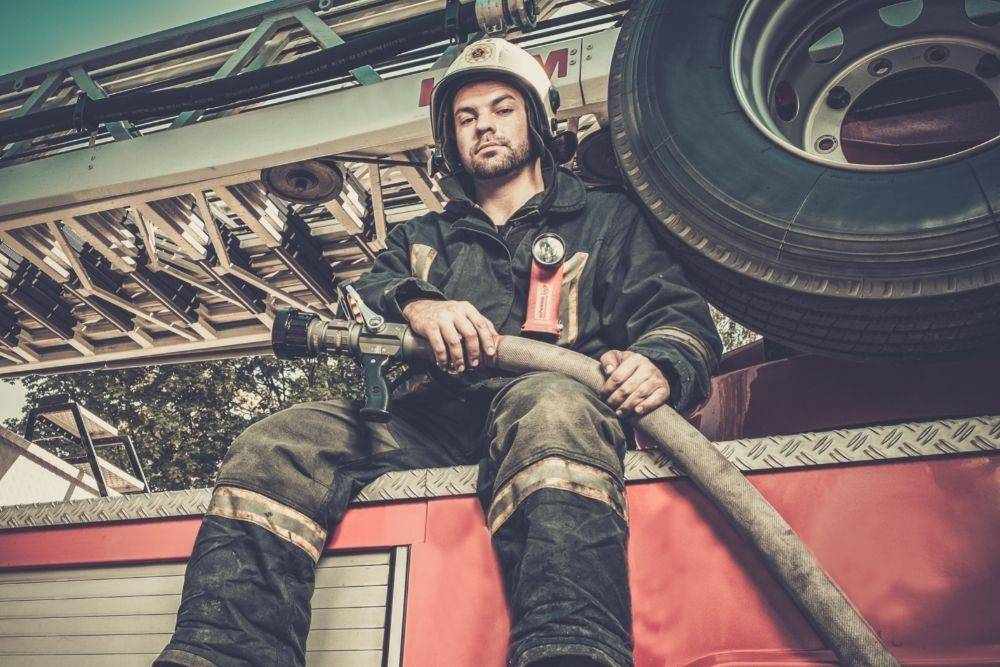 No-beard policies come down to an issue of health and safety. As a firefighter, you need to wear a SCBA mask to protect yourself from smoke and other substances in the air during incidents.

This mask forms to create a seal on the face to prevent air from coming in and provides a clean flow of oxygen, so when a firefighter is tackling a smoke heavy fire, they can still breathe and are not going to choke on the smoke and ash like you, or I would without any personal protective equipment.

The fear that rotates around beards in firefighters is that it can cause a barrier between the mask and the face, which can limit the ability to form an adequate seal.

Even if the gap is only tiny, dust and smoke particles can get into the beard and then onward into the firefighter’s airways, which may not only restrict their performance and become a distraction while on the job, it can also be a major health issue, and it can cause significant health problems.

Dust and soot can cause severe health conditions, so if they get into a beard, they can increase the risks of the firefighter developing a severe respiratory illness, or even types of cancers!

Cancer rates are already high enough among firefighters, they need not be any higher! Due to the layers of debris on their gear, plastic particles, petroleum fumes, asbestos and even more all play their part in affecting the health of the firefighter. Firefighter health need not be depleted any more just to have a beard.

Even if the particles only sit in the beard, it is still all too easy to end up inhaling these particles after the mask has been removed. Any firefighter who does have a beard will need to wash it very carefully after EVERY incident in order to stay clean.

Should they not do this, these particles and carcinogens can contaminate the fire engine and the fire station throughout the day, becoming a risk to everyone else as well!

How do firefighters feel about this?

For the most part sensibility means that most do not mind this, however, it is not a closed issue.

Some may want to exercise their right to have facial hair, and in these circumstances some stations will allow a short amount of facial hair, as long as it is well groomed and will not have an impact on the mask seal.

This is fair enough. It is a good compromise for those who do not wish to be completely shaven, you could probably get away with a short goatee, or stubble.

A close cut is the best, but you are not going to get away with mutton chops, a Dutch beard or a Bandholz beard. Less is more in firefighting.

However, there is one more issue at play here. Some firefighters may wish to have facial hair for religious reasons, therefore it would go against their rights to practice their faith to ask them to shave.

In these circumstances, there have actually been firefighters to take departments to court to protect their rights.

However, the courts rule in favor of the fire department, stating that the claimant cannot have their beard while on duty, and they would have to go against their faith to continue the service.

While this may seem harsh, it is in protection of not only their health, but the health of the entire department.

Mustaches and sideburns, however, are allowed, as the shape of the masks means that these are not an issue. Few departments will expect firefighters to be completely shaven. In fact, in 1986 40% of personnel were estimated to have mustaches.

The fact that facial hair is not totally ruled out means that people are not as annoyed as they might otherwise be.

However, beards in religion and firefighters are the one major area in which there is some tension. Otherwise, most people are okay with the rules on facial hair in the fire service.