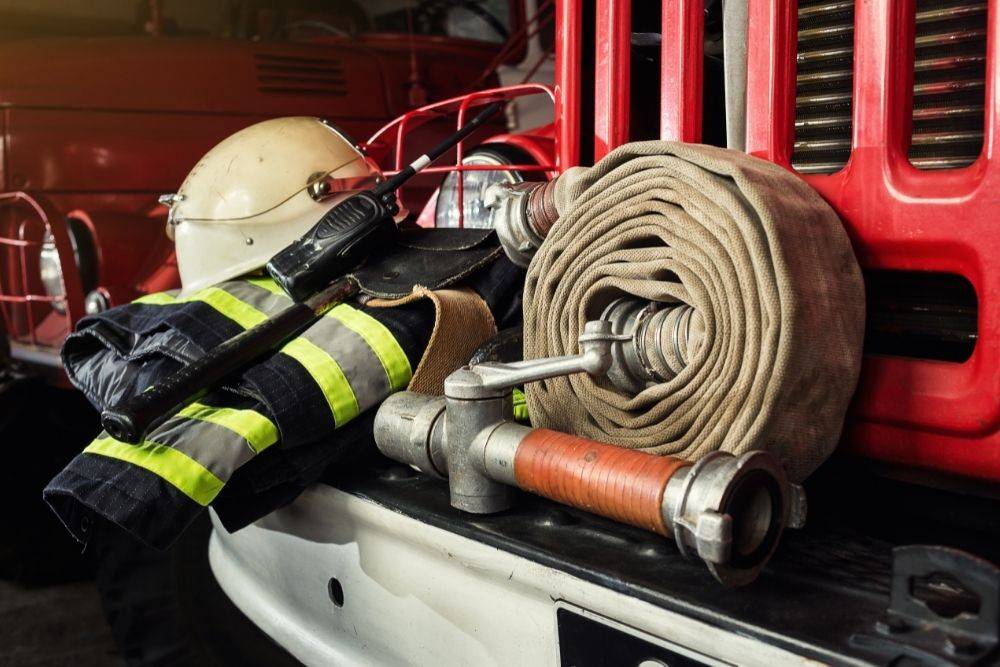 Firefighters are the ones that answer the emergency calls of fire, and they’re in charge of safely putting the fires out, and making sure everyone is able to be safe.

They face some pretty serious and dangerous situations sometimes, rushing headfirst into the danger in order to save as many lives as possible, real-life heroes.

But what do firefighters do when there is no fire? Are they just waiting to be called upon, all geared up and ready? Do they have other things that they do when not fighting fires?

Let’s get right into it!

The truth is, that it is very rare that firefighters get to just sit back and relax. Although they are not constantly fighting fires (which is a good thing, you don’t want places to be constantly on fire!) they have plenty of other jobs and tasks to perform.

So basically, although fighting fires is the first priority of the job, firefighters are kept busy with plenty of other things that need to be done. And those many different tasks are what firefighters do when there is no fire.

10 Things Firefighters Do When There Is No Fire to Fight

Here are some of the main things that firefighters do when not fighting a fire: 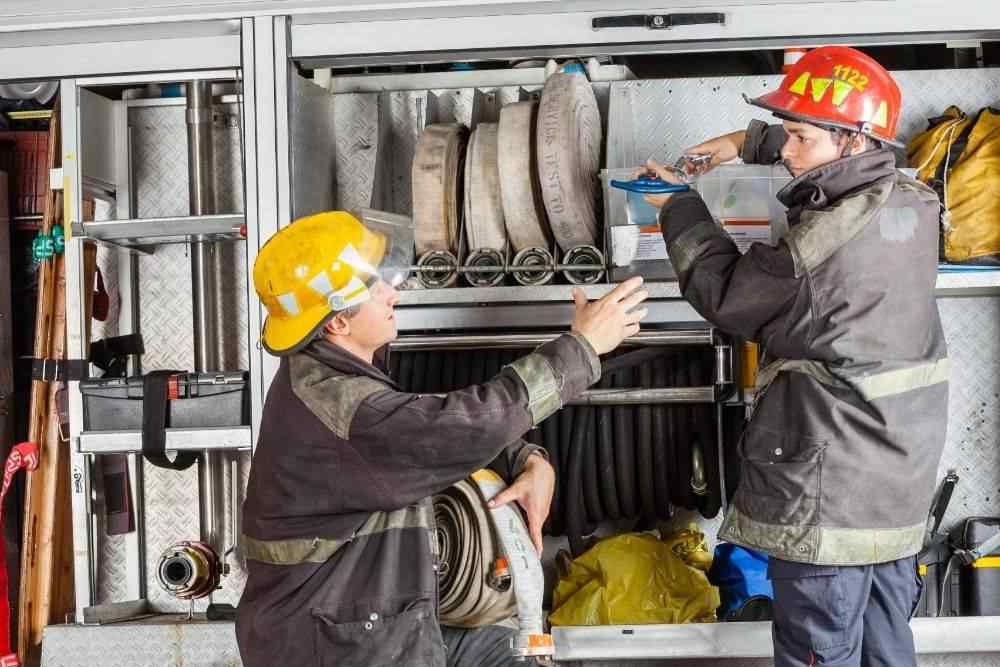 When fighting fires, and responding to other emergencies, firefighters rely very heavily not only on their training but on their equipment.

This is why it is so important that they check the equipment and inventory regularly, to ensure everything is in order and in working condition.

After all, it would be a bit of a disaster for them to head out and then realize the gear doesn’t work!

There is plenty of other maintenance, other than checking gear, that needs to be done at a fire station. Everything needs to be clean and organized, for the maximum effectiveness possible when in action.

They also need to maintain the iconic fire trucks, so that they’re ready to go when needed, and firefighters need to keep themselves maintained and prepared.

Have you ever met a firefighter? They are fit. Like very fit. And no wonder! Firefighters need to be in top physical condition in order to be able to handle the extreme situations they face on the regular.

So part of their job is to stay fit and train their fitness, in order to be in peak condition! 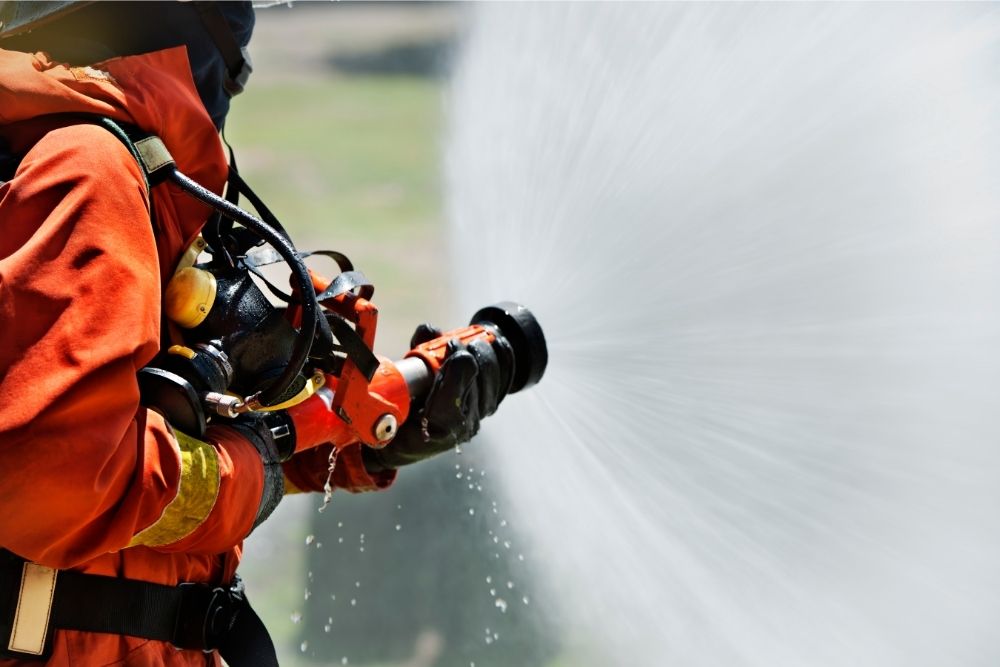 One of the first rules of firefighting is learning how to prevent fires, as the best way to solve a fire is for it to never happen in the first case.

This is why firefighters spend a portion of their time engaging with the local community, educating people on standard procedures, and on how to avoid fires in the first place.

They will usually do this through public safety demonstrations, and it’s an effective way of raising awareness.

Sometimes there will also be school visits and talks, or even open door days for groups to visit the fire station and learn what firefighters really do.

Almost all of the calls that come through to fire stations aren’t actually about fires, as there aren’t really that many fires to put out nowadays (luckily!).

Instead, most calls are about other emergencies, and around 65% of the calls are specifically medical emergencies.

All firefighters are trained in CPR and basic emergency medical procedures. And some firefighters are even qualified and licensed paramedics, as they get plenty of opportunities to get these.

So when ambulances are busy, or too far away, firefighters will be sent as the response team, and they will be able to provide the valuable medical service required. Some fire stations even have a few ambulances or are in constant contact with nearby hospitals!

6. Responding to other emergency calls

As we mentioned, not all calls that go through to fire stations are about fire, with most actually being medical emergencies.

But there are also other types of emergencies that firefighters get called in for, such as car accidents, gas leaks, floods, police assistance, special rescues, natural disasters…and yes, sometimes even helping the neighborhood with people trapped in a swing or cats unable to get down from a tree, but these last two aren’t as common!

But basically, firefighters are there to fight fires, and also to respond to any sort of emergency situation, except those that are specifically handled by the police.

When it comes to firefighting, the job isn’t quite over once you’ve saved the day, as there is still more to do. One of the tasks that always needs to be done is writing reports of every incident and call that the fire station answers to.

These reports must have all the information and details, and they then have to be reviewed and properly classified, so that everything is monitored and on record.

Apart from general gear, each firefighter is responsible for the personal protective equipment, the PPE. Every person will have their own, and it’s important that it is tested before and after every shift, to ensure it is in working order.

A malfunction of the PPE while called to action can lead to some serious health risks and issues! 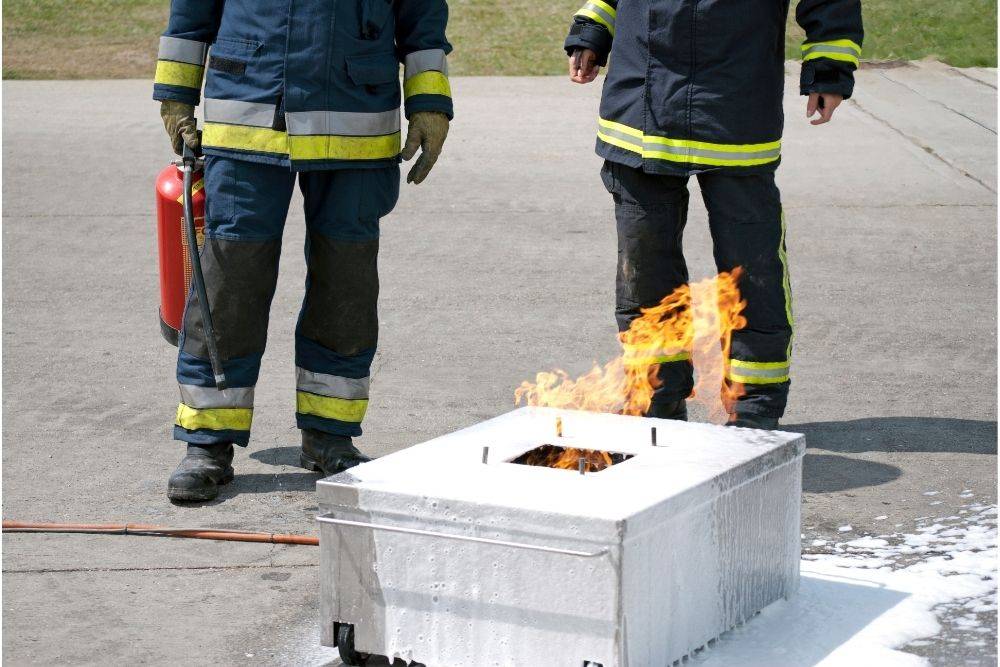 A fireman is never done with training, as they have to constantly learn about new approaches and methods, and are constantly updating their knowledge and experience.

So when there aren’t any fires, firefighters will sometimes be in lessons (for their firefighter endorsement) learning, and training, and going over the basics so they’re always fresh in the mind!

If firefighters were to do things 24/7 non-stop, they would likely be too tired to be able to fight any fires at all, so they also get a break now and then to rest up, eat some food, and mentally prepare themselves for any emergency that might happen.