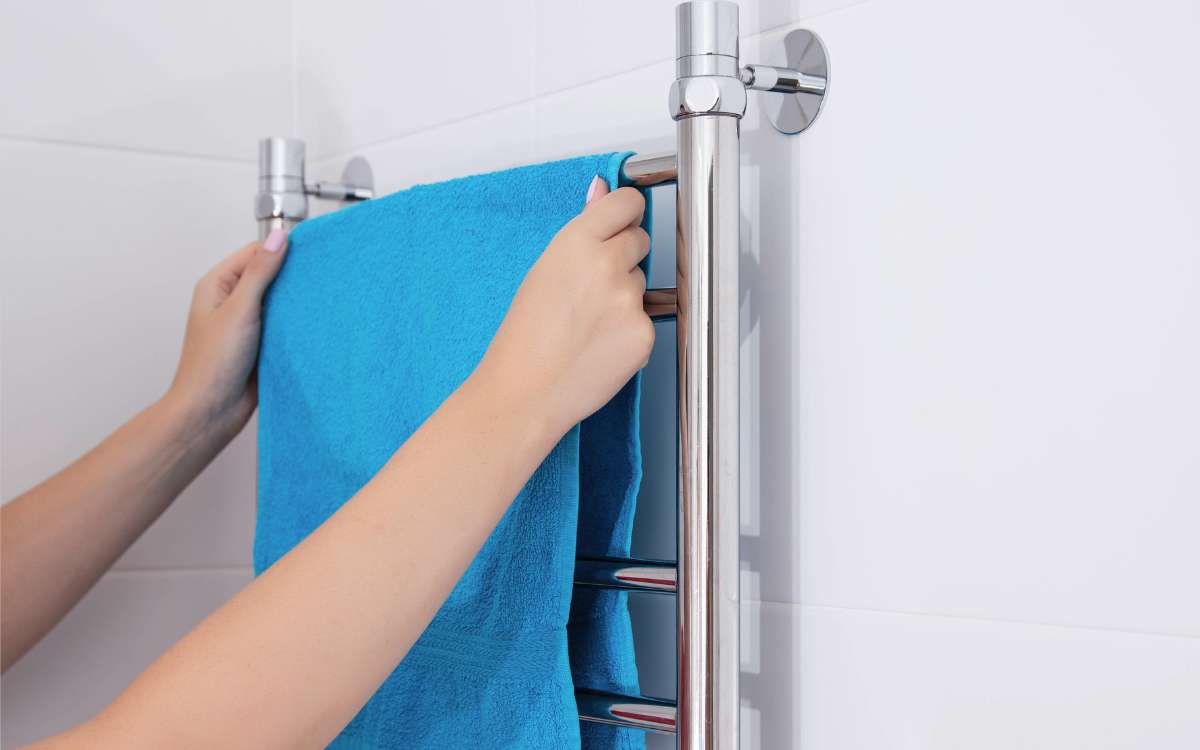 A towel warmer is a household appliance that is used to heat up towels. They are often installed in bathrooms, and they can be very helpful in keeping towels warm and dry.

However, many people wonder if there’s a possibility of towel warmers catching on fire.

In general, towel warmers are very safe to use and won’t catch on fire.

There aren’t any exposed heating elements on a heated towel rail and the maximum temperature is so low that it would be very difficult for the towel warmer to cause a fire.

However, it is still important that towel warmers are used and maintained correctly in order to ensure their safety.

So read on to learn a bit about how towel warmers work and what you can do to make sure you have the best experience possible with your electric heated towel rack.

Electric towel warmers are generally extremely safe, as long as they are used correctly. A heated towel rail is designed to warm towels and it has no exposed heating element or wires like a regular electric heater does.

The average temperature of the heating element in most designs is around 95°F to 150°F, which isn’t hot enough to ignite fires.

That said, it is still important to make sure your towel warmer is correctly wired and that the wiring isn’t faulty or damaged.

If something is wrong with the device or it’s used incorrectly, there’s a small chance that the main central heating system could malfunction.

Can You Leave Towels in the Towel Warmer Overnight?

As long as you have a properly functioning electric heated towel rail, it is safe to leave towels in the towel warmer overnight. Some towel warmers can stay on continuously.

Although it may not be what most people believe, this will actually use less energy. Once the temperature of the rails is perfect, very little additional heat is needed to maintain that state.

The majority of energy is used in order to reach the desired temperature in the first place.

However, leaving your towel warmer on overnight isn’t necessary since no one will be using it for hours.

It is much better to have the towel warmer turned on an hour or two before someone needs to use it, which will save you a bit of energy and money over time.

If your towel warmer uses about 100 watts of electricity, in a 24-hour period, this will amount to $6.60 per day, so consider this cost when running it.

What Temperature Will Towels Catch Fire? 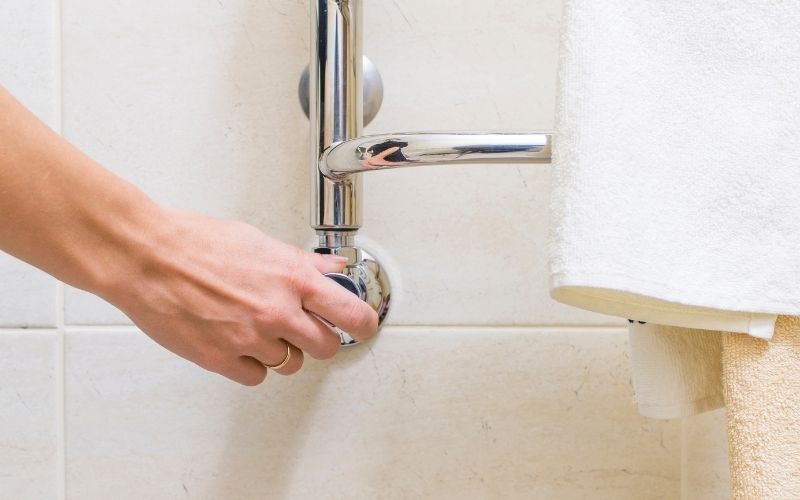 So make sure that your towels are clean and free of any residue before you put them on a towel warmer.

The spontaneous combustion of a towel is much more likely to happen in a dryer or microwave where temperatures skyrocket beyond those of towel warmers.

How to Use Towel Warmers Safely

It is important to always use your electric heated towel rails correctly in order to maximize their safety. Here are a few steps you can take:

“Set it and forget it” applies to more than convenience. By using an automatic heating system, the temperature is regulated according to pre-programmed settings. This will keep your towel warmer from getting too hot or staying on for longer than necessary.

2. Use a Towel Warmer With an Overheat Protection System

If you have an overheating protection system that comes with your electric heated towel rack, it won’t get hotter than its maximum temperature, even if left running for a long period of time.

This is especially important when leaving your towel warmer on overnight or while you’re away for extended periods of time.

3. Check the Wiring of Your Device Regularly

Be sure to inspect the wiring of your towel warmer annually or when you move it. If any parts appear damaged or frayed, contact a qualified electrician for repair or replace the unit immediately.

It is best practice to keep your towel warmer away from flammable items such as curtains, clothing, or bedding. Also, be sure to place it in an open space away from walls and other furniture.

5. Don’t Allow Children or Pets Near the Unit 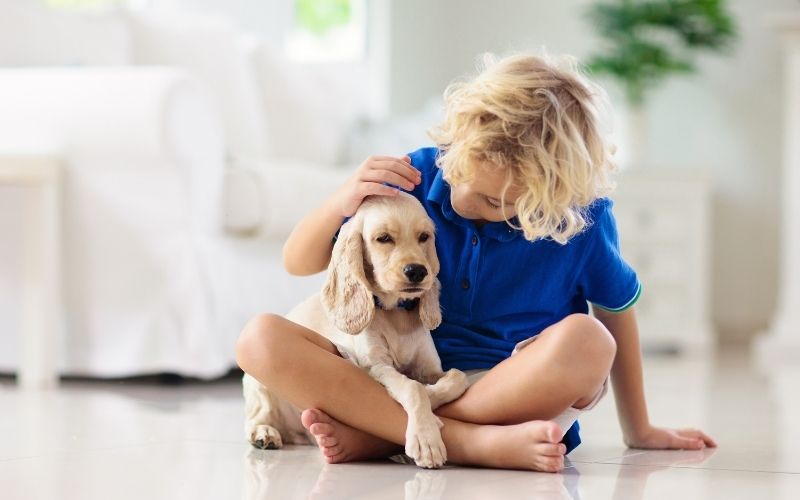 Children and pets should not remain near the towel warmer. The temperature of the heated rails should be safe to the touch for up to four seconds at their highest setting.

But a child holding onto the device for longer than recommended could cause burns, so it is best to keep them at a safe distance away from the unit.

6. Turn Your Towel Warmer Off When You Leave Home

In general, it’s safe to leave a towel warmer on when you’re not home, especially if it has automatic regulation settings. But just to be sure, it is recommended to switch off your towel warmer when you leave the house or go to bed if it doesn’t have a timer setting.

This way you know for sure that your unit won’t cause any issues while you’re away.

7. Use the Device As Directed

Always follow the instructions given with your heated towel rail. This includes proper installation, maintenance, and usage as advised by the manufacturer.

Doing so will ensure that you get the most of out your device while remaining safe in its use. 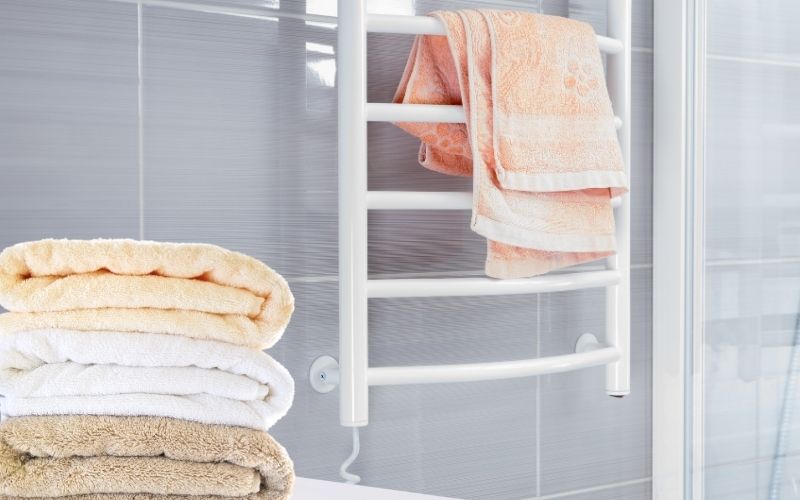 There are plenty of benefits to using heated towel rails. Here are a few of the most important benefits:

Whether or not a towel warmer works for your home depends on your personal needs and the size and condition of your bathroom, but it is certainly something to consider.

The Bottom Line: Can a Towel Warmer Catch Fire?

To sum up, electrically heated towel rails are generally quite safe when used properly.

As long as you keep an eye on the temperature, inspect the wires from time to time, and keep the device away from flammable materials, there’s very little chance of your towel warmer catching fire.

In addition, using a model with an overheating protection system can help ensure that the device won’t get too hot and cause a potential hazard.

It may seem like a small detail, but taking these precautions will go a long way in helping you to keep your home safe.