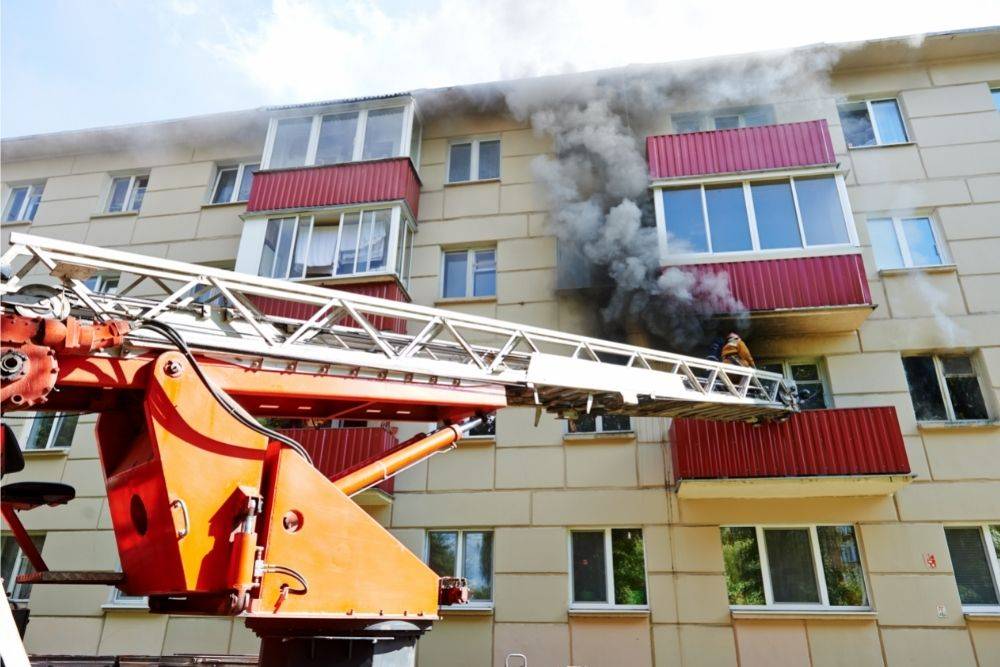 “How high do fire ladders reach?” is one of those questions in life which on a good day are pleasingly theoretical, like “How long is a piece of string?”. Even on really bad days though, you’re unlikely to depend on the answer to the piece of string question to save your life.

But if the piece of string comparison feels flippant, especially when lives are at stake, it’s not anything like as casual as it sounds.

Different fire trucks have different length ladders, often depending on the likely make-up of the buildings they’ll be called on to serve and save.

Some fire ladders only reach a handful of feet, for everything from classic cat retrieval from tree duties to rescuing people from low-rise disasters.

When you get into more built-up urban environments, you start to get into the territory of needing longer ladders. Most urban fire trucks will come equipped with something called an aerial ladder.

That more or less does what it promises to do – it extends from the solid bracing object that is the truck, significantly up into the air.

Most ladder trucks will get you 75-105 feet of elevation, which is pretty dizzying if you’re a firefighter in full kit and you’re faced with the prospect of either carrying people back down the ladder (possibly conscious and panicking, possibly unconscious and in need of relatively urgent medical help).

The point is, most ladder trucks in the US are limited to this 75-105 feet range. On the one hand, that’s ‘only’ about 7 or 8 stories high. On the other, it’s quite high enough if you’re at the top of it looking down.

But obviously, in many bigger cities, a ladder that only goes 7 or 8 stories up is practically next to useless.

In larger cities, you might find some more specialized ladder trucks that will give you a ladder that extends up to 125 feet. That will give you something in the region of 10 stories of elevation.

But the thing you begin to find with taller ladders is that the higher they extend away from the stable base of the ladder truck, the more prone they are to buffeting by wind.

In essence, it’s the equivalent of being an astronaut, extended 125 feet away from the surface of your spacecraft.

The further away you go from the stable base, the more subject you are to wobble, to disturbing vibration through the frame of the ladder, and to the psychological effects of realizing quite how far down it is.

And of course, even a 10-story ladder is hardly adequate in many fully urban situations.

The longest ladder in town 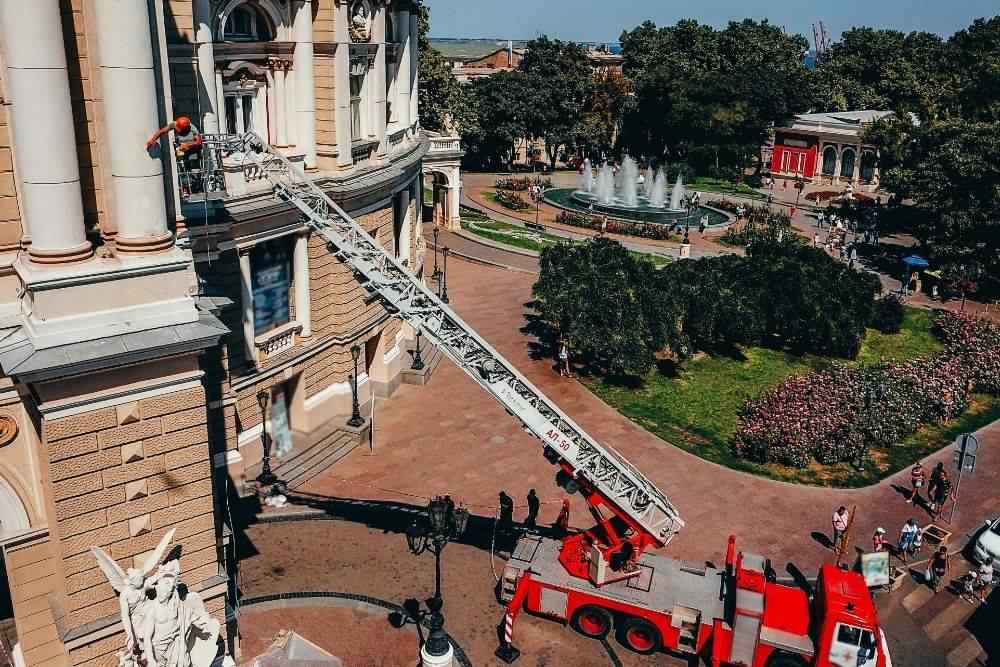 There is a ladder truck that has ladders even longer than this. The E-One CR 137 aerial ladder will get you a full 137 feet of aerial elevation (the clue was in the name, really).

Plus, to fight that wobble effect the further you climb, it also expands horizontally to give you significantly more stability.

In fact, the CR 137 has what’s known as a 2.5:1 structural safety factor – higher than the National Fire Protection Association’s recommended standards.

That’s because it’s functionally useless having a ladder that will give you 13 stories of elevation if it’s too wobbly and terrifying to actually climb the thing.

As yet, no-one has come up with a 14-story ladder, though undoubtedly, someone will soon. The point though is that you reach a point in ladder extension where you experience a plateau of diminishing returns.

You get to a point where a standard fire ladder is actively hazardous to climb because it’s so far extended away from its stable base, and the poor firefighter has to cling on for dear life simply to either effect an entry or to aim a hose.

Or a point where no hose can be extended and pressurized highly enough to be effective.

Or, as with the CR 137, you reach a point where you can deliver more length of ladder, but it both needs to be over-engineered to give you a much more stable platform than you would otherwise normally have, and, probably by necessity as a function of that complexity, it needs to be eye-wateringly expensive for any fire department to procure.

And, in particularly high-rise heavy cities, even a 13-story fire ladder is not going to cut it in the case of some towering infernos. Once you realize that, the case for longer and longer ladders more or less collapses underneath you.

When it comes to really high-rise buildings, firefighters will prefer to go in at the lowest safe level – ideally, street level – and use internal stairs as necessary to move through the building, tackling fires, rescuing civilians, and earning the approbation of all who see them.

The courage of the firefighter

Ultimately, that’s the point when it comes to fire ladders. You can be a firefighter in a small rural community that just needs a ladder to extend a couple of stories so you can rescue people from the roof of a blazing barn.

You can be a firefighter in a standard suburban department that carries a standard 75-105 feet ladder on your truck, and finds it good enough for most fires you need to extinguish.

Or you can be a firefighter in a well-funded city fire department with the swanky CR 137 on your ladder truck. Ultimately, one truth shines through.

It’s always the courage of the firefighter, rather than the length of their ladder, that makes the all-important difference between life and death.

At the moment, the CR 137, with its 137 feet of elevation from the back of the ladder truck, is the longest fire ladder certified for use in North America. Watch this space, though.

A stable fire ladder that helps firefighters extend 15 or 16 stories into the air can’t be far away. It may be too expensive for most departments to procure, but it must soon become a reality.