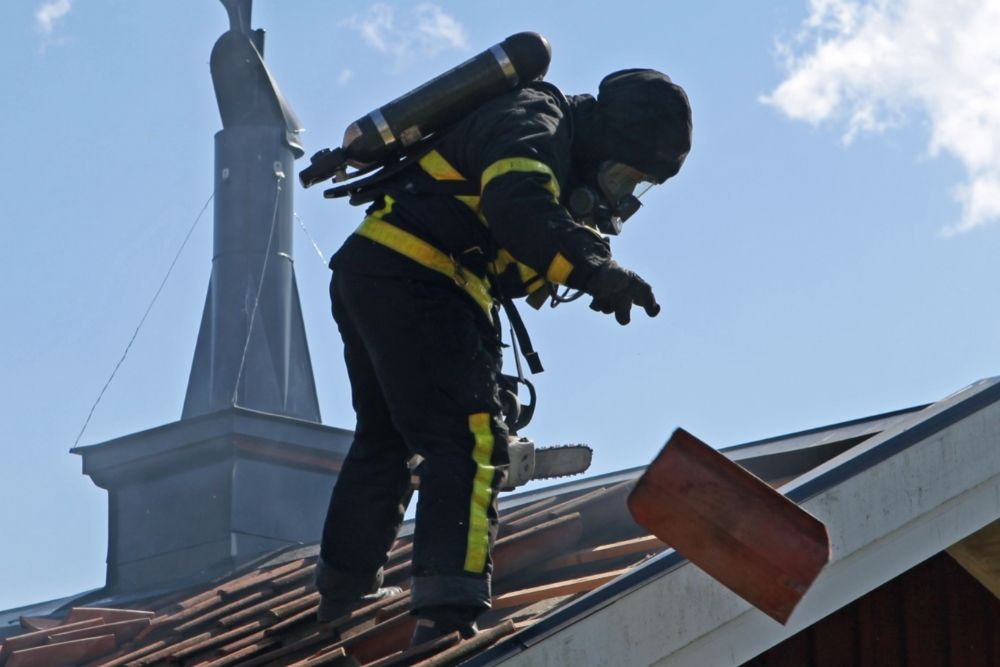 Have you ever seen a firefighter cut a hole in the roof, either on TV or in a real fire? There is actually a really good reason behind this.

If you are wondering why they would cut holes in the roof, then you have come to the right place, as this is something that we are going to explain in this article.

Firefighters have a variety of different methods and techniques that can be applied in a wide range of different circumstances, and cutting holes in the roof is just one of these methods. Just like everything that firefighters do, there is a great explanation for this.

In this article, we are going to explain why firefighters sometimes cut holes in the roofs, as well as other techniques that they may apply in similar situations.

We are also going to take a look at different methods of ventilation, and why firefighters might break the windows in a fire.

Why Do Firefighters Cut Holes in Roofs?

The ventilation of a building is one of the most important fire fighting tactics that there is. The conditions of a fire inside a building will typically involve high temperatures and poor to zero visibility due to a build-up of smoke.

The heat and smoke that are produced by the fire will also damage the contents inside the building.

Depending on the preset conditions, heat and smoke can work together to create highly dangerous conditions, and it can also result in a backdraft, which is a smoke explosion.

It could also lead to a flashover, which is extreme rapid ignition, and neither of these situations are ones that anyone wants to be in.

Smoke is basically unburned fuel, and almost all of the constituents of smoke are combustible.

High-temperature smoke is particularly dangerous, so, by opening a large hole in the roof, firefighters are giving the heat and smoke a quick exit from the building. This can help to rapidly improve the conditions inside the building.

What is Ventilation in the Fire Service?

Ventilation is one part of a variety of structural firefighting techniques and the purpose of ventilation is to clear both heat and smoke that have been trapped inside of a burning structure.

This will allow firefighters to be able to see more clearly, which makes it easier for them to locate any people that are trapped inside the building. It also allows them to tackle the fire in the most effective way possible.

If a big fire suffers from a lack of appropriate ventilation, there becomes a risk that the fire will become much more difficult to tackle. On a more serious note, it is also possible that a build-up of partially burned smoke can eventually lead to a backdraft.

As well as this, there could be so much heat build-up that it creates a flashover, and everything combustible will all ignite at once.

It is also worth being aware of the fact that ventilating at the wrong time or when it has been improperly coordinated can lead to a flashover, instead of trying to prevent it. This will depend on whether the fire is ventilation controlled or fuel controlled.

A flashover has the ability to raise the temperature inside a building to around 1100 degrees Fahrenheit or sometimes even higher. This is not a situation that is survivable, even with all the right equipment.

This type of ventilation will usually work the quickest due to the fact that heat rises. However, it will take more time and work to make it happen, which is not feasible in every situation.

Horizontal ventilation involves dealing with ventilation on a horizontal or lateral plane. Some of the things that would fall under this category of ventilation are kicking in doors or smashing windows inside a burning building.

When they are doing this, they are trying to impact the horizontal ventilation, but there are other methods and tools that can be used for this purpose.

Both of these types of ventilation have similar objectives, which are to increase visibility, make the interior environment more tenable for firefighters and victims, and reduce the chance of extreme fire behavior.

As well as this, they both require specific timing and coordination to achieve the desired results. 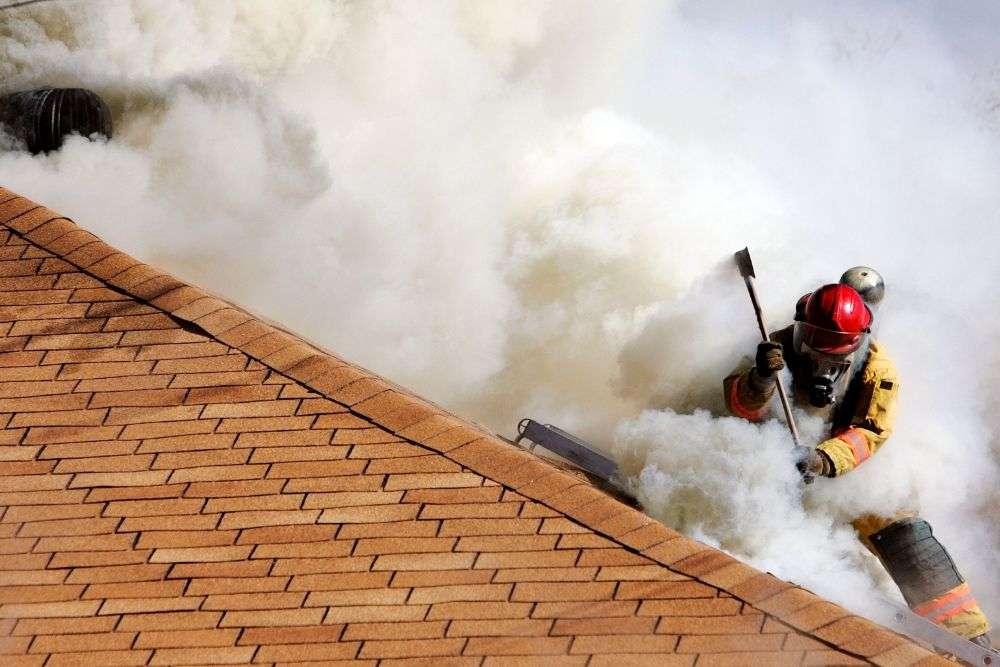 Making a hole in the building can help to get the ventilation process started, but the natural airflow is not always enough. This is why mechanical fans can also be brought in to aid the flow of air to the appropriate parts of the burning building.

This is called positive pressure ventilation or PPV. In high-rise buildings, there may already be such fans in place in the stairwells, which can be used by firefighters to create a similar result.

There is also another process that is called hydraulic ventilation, which is when a fog-pattern hose stream is focused on an opening. This can boost the exhaust rate of smoke as the water will pull air and smoke along with it.

This can help to reduce the amount of smoke damage that is suffered to the building in smaller structures. It can also help to improve visibility within the structure of larger buildings.

Another type of ventilation is called self-ventilation, which is what the occurrence of a window exploding or a roof burning all the way through is called.

Why Do Firefighters Break Windows?

It can seem like breaking in a window would cause more harm than good, but this is not always the case.

Internal building fires can create a lot of heat and smoke, and firefighters will need to remove these things before they can get close enough to put out the fire.

When firefighters are breaking windows, they are doing so in planned locations to vent out the smoke and heat efficiently.